Jak Crawford set the quickest time in FIA Formula 3 practice at Zandvoort, with the 16-year-old taking the top spot in a session halted twice by red flags.

The Hitech Grand Prix driver set a 1m25.535s to lead the first session out at the renovated Dutch track, a week after becoming the youngest ever F3 podium finisher in the first race at Spa, but also caused one of the red flags by going into the gravel at Turn 12.

Alexander Smolyar was second quickest for ART Grand Prix, just over a tenth slower than the American, with team-mate Frederik Vesti and Prema Racing’s Dennis Hauger in third and fourth respectively.

Mercedes junior Vesti had been on course to set a quick lap but locked up and ran wide into the gravel at the sharp Turn 11 right-hander. When he went out again ten minutes into the session, he set a 1m26.654s to top the timesheets.

Red Bull junior Ayuma Iwasa then had a big spin coming out of the banking at Turn 3, narrowly missing a collision with the wall to keep his Hitech Grand Prix-run car going.

Crawford then capped an eventful first 15 minutes by running wide at the left-hand Turn 12 hairpin, prompting a red flag for the large amount of on-track gravel to be cleared.

The session resumed with 20 minutes on the clock, with Prema’s Olli Caldwell also dipping a wheel into the gravel, while Johnathan Hoggard (Jenzer) bumped across the exit of the banked Turn 3. 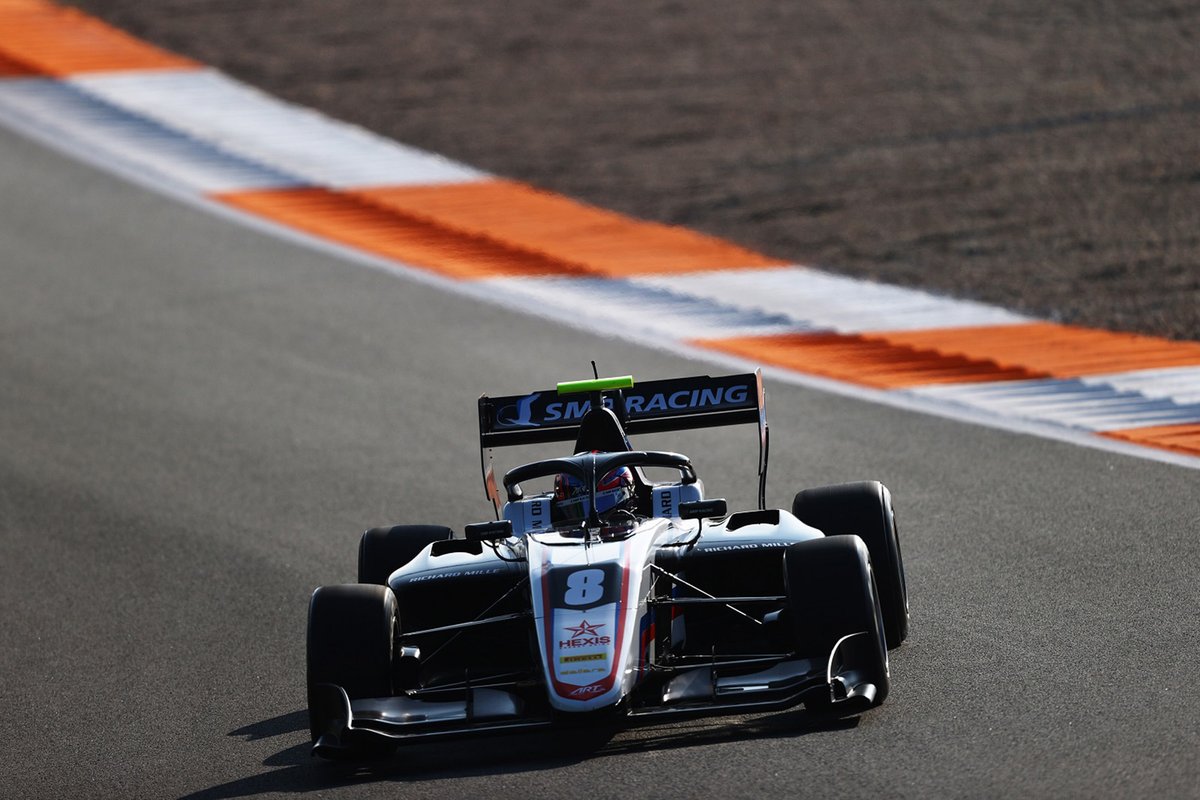 Trident’s Jack Doohan, who is second in the drivers standings, was first to break into the 1m25s, setting a 1m25.863s that was over two-tenths quicker than Hauger’s previous fastest time. The Australian eventually finished the session in sixth.

The session was green-flagged with minutes remaining, with Doohan and Hauger tussling for the top spot before Crawford went quickest of all on a 1m25.535s.