The MP Motorsport driver snatched the top spot in the last seconds of the session with a 2m11.289s, leading from Trident’s Zane Maloney and Francesco Pizzi (Charouz Racing System).

But several of the title contenders struggled, with Isack Hadjar’s session ending early as the Hitech driver’s car cut out on the start-finish straight.

Roman Stanek was the highest finisher of the top six in the standings, lining up fifth for Sunday’s race, while Prema Racing’s Ollie Bearman will start ninth and team-mate Arthur Leclerc in 20th.

Victor Martins also struggled, and will line up behind Hadjar in 24th for Sunday’s feature race.

Bearman set an early benchmark during the wet session, with a 2m22.931s giving him an early lead from Leclerc and ART’s Gregoire Saucy, while Martins ran in fourth.

The red flag was waved 10 minutes into the session after Jak Crawford (Prema) suffered a spin at Turn 12 and ended up in the gravel trap as he attempted to get back on track. The title contender will start last for both races.

Heading out after a 10-minute stoppage, much of the field opted for slick tyres as the surface dried. 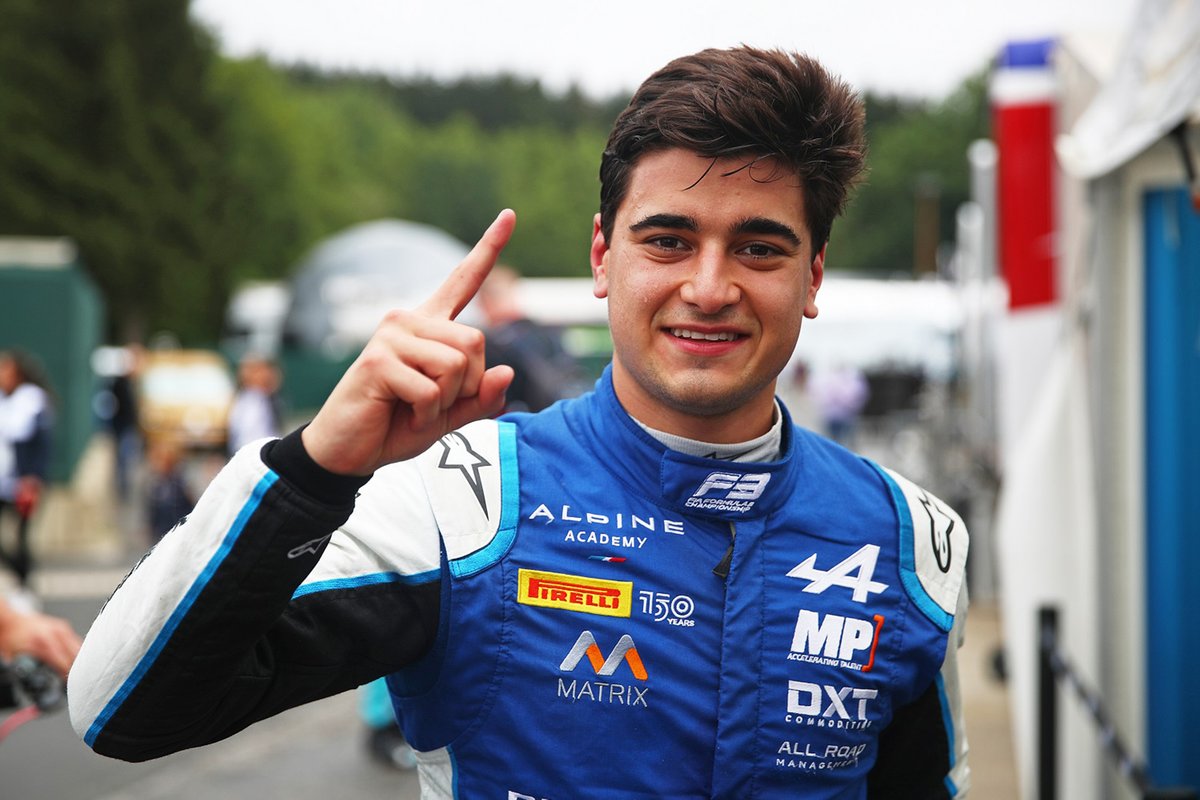 Hadjar went top with a 2m18.66s, despite a near-miss with a gravel trap, with Ido Cohen slotting into second for Jenzer Motorsport, 1.9s off the pace, and Kaylen Frederick (Hitech) in third.

Martins was next to snatch provisional pole, setting a 2m18.684s to demote his title rival, with both sitting on 104 points in the standings with three rounds remaining, while Leclerc, who trails them on 95 points, slotted into third.

The times then tumbled, with several drivers trading the top spot, including William Alatalo (Jenzer) and MP Motorsport’s Alexander Smolyar.

Heading into the final stages, Collet went top with a 2m15.823s, and though he was briefly toppled by Trident duo Roman Stanek and Maloney, he took the chequered flag in front 0.2s ahead of the Barbadian.

Oliver Goethe, subbing in for an injured Hunter Yeany, will line up fourth for Sunday’s race, with Stanek and Jonny Edgar in fifth and sixth.