From this weekend's Austrian round, DeFrancesco will slot in alongside Dorian Boccolacci and Niko Kari at MP in the car Will Palmer and Christian Lundgaard used respectively for the first two rounds of the season.

"I was originally asked to race GP3 last year by a few teams and asked if I would consider a few one off races this year" DeFrancesco said.

"After considering changes the F3 and GP3 series are taking for 2019, switching to GP3 seems like the best option for the future.

"It will definitely be tough never having tested the car before but I'm super excited and up for the challenge."

DeFrancesco entered the first two rounds of the 2018 European F3 season with Carlin but withdrew from last weekend's Norisring event to have dental surgery.

He will continue to have a presence in F3 over a selection of the remaining rounds of the season, which is the third-tier category's last in its current guise as GP3 will be rebranded as FIA International F3 for 2019.

"My first impressions of MP are very positive, they seem like a great bunch of guys and definitely work hard, nobody's more excited to start than I am."

DeFrancesco has been racing in junior single seater series since 2016.

He raced at Formula 4 level and took fifth in the British championship that year, then moved up to Euroformula Open in '17 and ended up third in the championship.

"We are happy to welcome Devlin in our team," said MP team manager Sander Dorsman.

"His progress in British F4 and Euroformula Open was exciting to watch, and I'm sure that with us he will deliver on that promise.

"As a team, we will be there to help him get on with his first GP3 race weekend, and I'm convinced he will transform the experience into an ever-improving GP3 debut season." 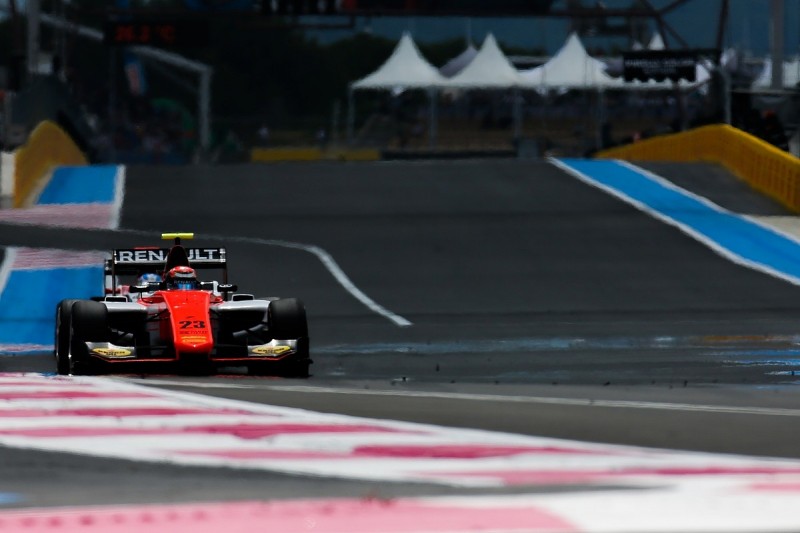