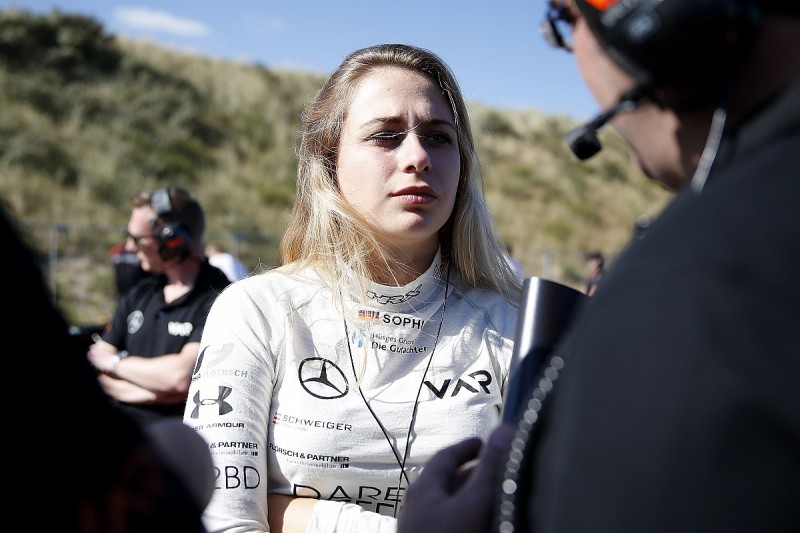 Macau Grand Prix organisers have confirmed that Sophia Florsch is conscious and has been transferred to hospital following the terrifying accident that stopped the race.

The German, who raced in the latter half of this year's Formula 3 European Championship, was launched into the air and over the crash barriers after striking the TOM's car of Sho Tsuboi at Lisboa Bend.

Florsch had lost the wheels on her Van Amersfoort Racing-run car in a crash further down the long straight before the tight right-hander.

Her car went through debris fencing and struck a photographers' bunker before landing back on its wheels.

A statement from the organisers said that both Florsch and Tsuboi were concious and had been taken to hospital.

Three further individuals, two photographers and one marshal, were also involved in the accident, with them also being transferred to hospital and recieving medical treatment.

The race was restarted following a delay of more than one hour to attend to the individuals involved in the accident as well as repair the fencing.