Victor Martins took his first win of the FIA Formula 3 season in Bahrain, winning a chaotic feature race from a charging Arthur Leclerc.

It is the Alpine Academy member's first win with ART Grand Prix, who he joined from MP Motorsport this season, and marked a change in his fortunes after a forced retirement in the sprint race.

Martins overtook polesitter Franco Colapinto - starting at the front in his and Van Amersfoort Racing's first FIA F3 weekend - to secure the lead, and built enough of an advantage to ensure he was well protected from a late-race charge from Leclerc.

A fierce battle behind the leading duo had allowed Colapinto and Martins to build up a healthy gap to the pack by the halfway mark, before Martins eventually took the lead on lap 15 - despite his rival’s best attempts to defend.

Leclerc made an astonishing charge through the field to finish second for Prema Racing, having started 13th.

Colapinto crossed the line third, but was demoted to fifth after suffering a five-second penalty for exceeding track limits, handing the final podium place to ART’s Gregoire Saucy.

Saucy’s team-mate Juan Manuel Correa finished fourth, having held off various challenges throughout the chaotic race, which featured four retirements, one safety car and a VSC.

Colapinto had a great start ahead of Roman Stanek (Trident), with the pair holding the top two spots out of Turn 1.

But seconds later the safety car was deployed after rookies Zane Maloney (Trident) and Francesco Pizzi (Charouz Racing System) both span to a stop on track, ending their races. 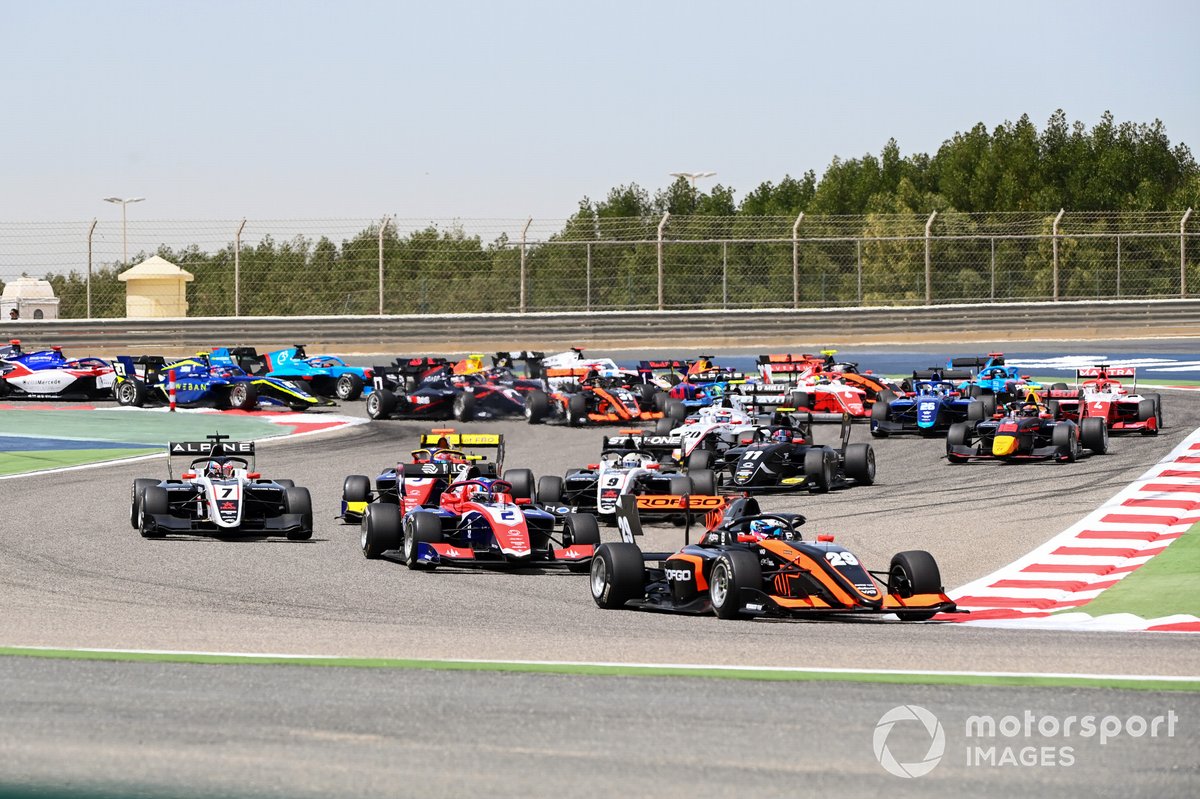 Colapinto made a perfect start to lead, but fell back later

Caio Collet suffered terminal damage in his MP Motorsport car trying to avoid the Barbadian rookie, destroying his front suspension as he came back on track from swerving the spin.

The safety car ended on lap five, before disaster struck for the second consecutive race for Stanek as contact from MP Motorsport driver Alexander Smolyar’s front wing gave him a puncture and forcing him to the pits.

Nazim Azman then also stopped on track in his Hitech Grand Prix-run car, prompting a virtual safety car and making him the fifth driver to retire in as many laps.

Leclerc had made it up to seventh by the seventh lap before taking P6 from race one winner Isack Hadjar (Hitech) up the inside of Turn 4.

Correa and Smolyar endured a fierce battle for third on lap eight, with the American driver emerging in front after the middle sector.

By lap 11, Leclerc had snatched third from Correa into Turn 1, before continuing his charge past Colapinto at Turn 2 on lap 18.

Colapinto’s woes continued as he struggled with his tyres before the five-second penalty pushed him out of the podium places.

Leclerc’s team-mates Ollie Bearman and Jak Crawford ended the race in sixth and seventh respectively, having started in tenth and 20th, marking a strong start to the season for Prema Racing. 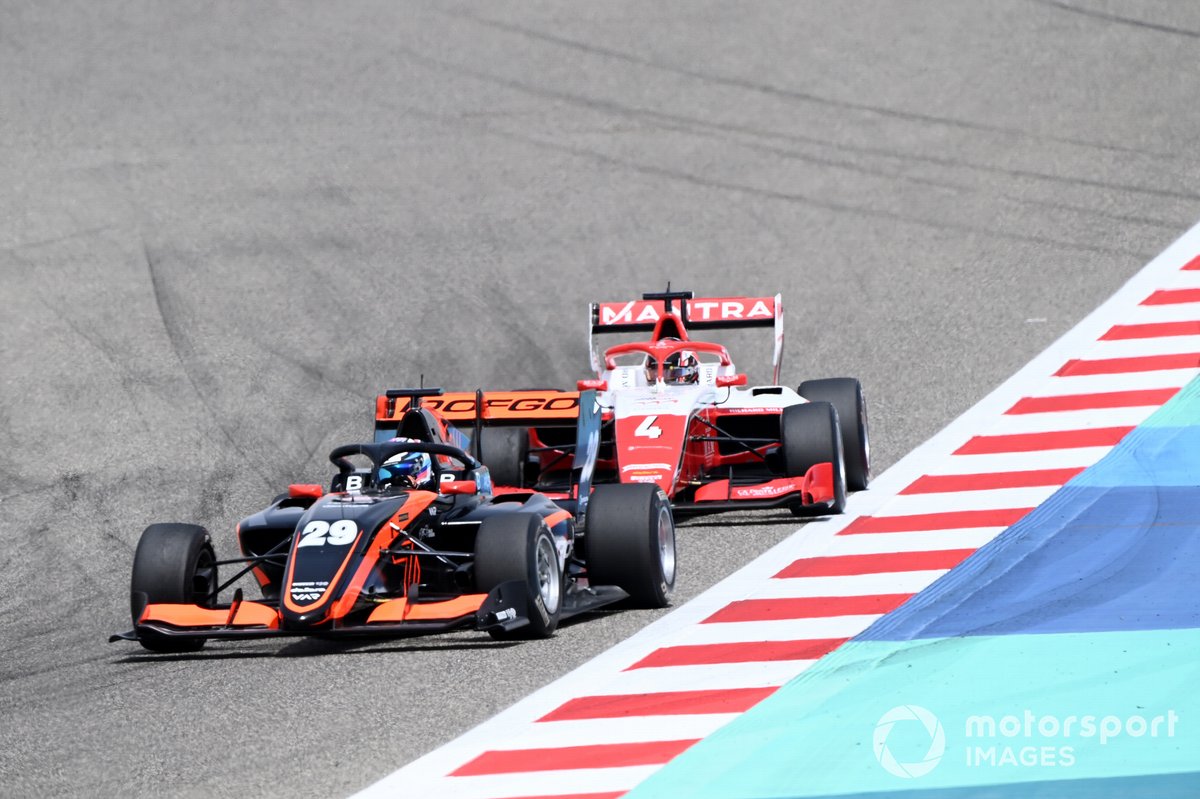 After ceding the lead to Martins, Colapinto couldn't hold off the charging Leclerc

Hadjar had looked like a top five challenger early on in the race, but suffered a puncture after contact with Smolyar in an incident similar to that which pushed Stanek to the back of the pack. He went on to finish in P25.

Several drivers were penalised for exceeding track limits alongside Colapinto, with Pepe Marti also handed a five-second penalty while Bearman received a warning.