The 19-year-old had been strongly tipped to race at the showpiece F3 event with Prema Powerteam, the sister squad to the Prema Racing outfit with which he clinched the F2 title at Jerez last weekend.

But Leclerc has now opted against racing for a second time in Macau - he finished second in his only career appearance at the event in 2015 - to focus on his three remaining F1 practice appearances for Sauber and the final F2 round of the season in Abu Dhabi.

Prema is locked in a battle with the DAMS and Russian Time squads for the 2017 F2 teams' championship and currently holds just a two-point lead over the former, with the latter a further four adrift.

"I love Macau, I would love to do it - especially with the best team in Formula 3," Leclerc told Autosport.

"But with the FP1s I will do in Formula 1, I [will] also do Formula 2 [in Abu Dhabi] where I need to focus a lot and deliver until the end of the year because we have a team championship to win, which is also very important to me.

"To change categories too much is something I would like to avoid - to go from Formula 1 to Formula 3 to Formula 2.

"Then you get lost a little bit because all three cars are very different to drive and with quite a lot of power difference - there is something like 700bhp difference between Formula 3 and Formula 1. 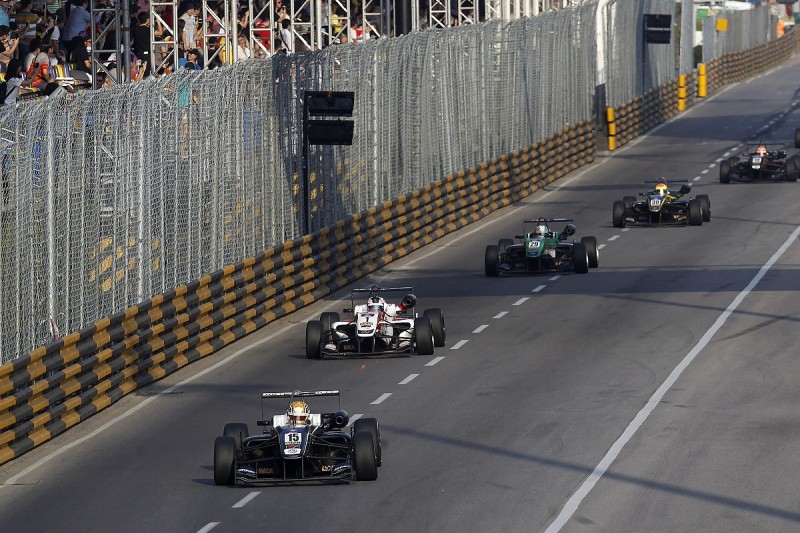 "I'm not the only one who doesn't want to - my manager also thinks that it's better I stay home - but I think it's more reasonable for me to focus on not too many things and to just do well in the least things possible."

Leclerc has been linked with an F1 race seat with Sauber for 2018, when it will run the latest specification of Ferrari engines.

Asked about his hopes for next year and F1, Leclerc insisted he was still concentrating primarily on the final F2 round.

"I'm still focusing on this year," he said.

"There are still races to go and I need to keep impressing and then there will be next year and hopefully I get a place in Formula 1 where I can show what I can do."

F2 pole in Abu Dhabi would take him clear of Stoffel Vandoorne and Pierre Gasly to a new GP2/F2 record of nine.

"I really want to get this one," Leclerc said of the qualifying record.

"I will be pushing like any other races and maybe even more - I can take a bit more risk now I have nothing to lose."