While T-Sport's main priority this season has been its European programme with its current ThreeBond/Nissan-powered Dallaras, it has retained an older 2008-11-spec car to test young drivers.

Under British F3's new format for 2014, this older chassis would be eligible to compete on equal terms with the newer cars and could even be powered by the current ThreeBond powerplant, which will not be eligible for European F3's new engine formula next season.

Team boss Russell Eacott told AUTOSPORT: "We're looking at it. We'd like to continue in Europe, but if we can do Britain as well then we'd be interested in it.

"We could probably get two cars out there with something strapped in the back of them. If there are drivers who want to Britain with a real budget, then great, we'd do it."

JTR no longer has its 2008-11-spec Mygale, which is now competing in Australian F3, but Tandy is eyeing the series' new format.

"F3 is something we'd like to do," said the Porsche factory driver. "The biggest thing is the cost of competing, and that's something passed directly to the drivers.

"But if the series is more attractive to drivers and sponsors, then for sure that's going to be a good thing. 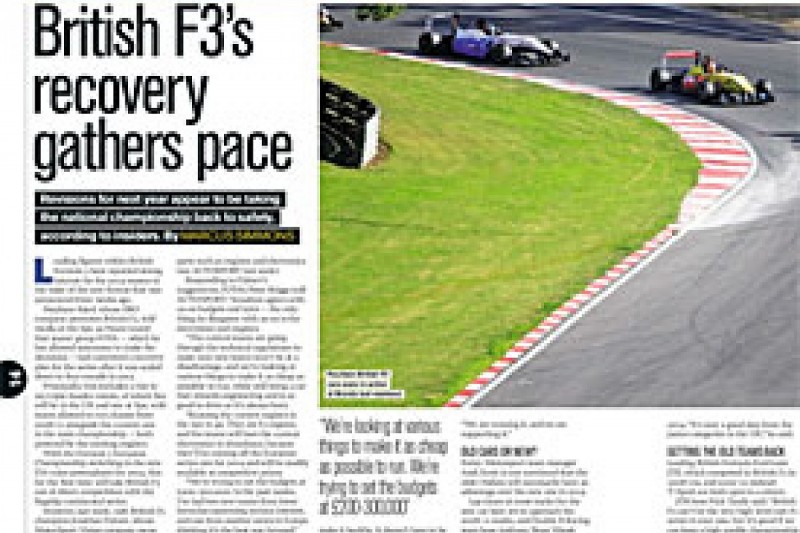 "British F3 can't now be the high-level sub-F1 series it once was, but it's good that we can keep a high-profile championship like that in this country. The new format is a good move - something had to change.

"We love F3 because it allows some engineering differences and we had a very good time before. British F3 is now a realistic stepping stone for people from Formula Ford, and FIA Formula 4 if that goes ahead.

"If you can offer a progression to drivers within Britain, then they will be able to see a development path in their careers."