Carlin had missed the previous two Euro F3 rounds after Pau Grand Prix winner Alessio Lorandi and Ryan Tveter terminated their seasons following a run of poor results, less than 12 months after Antonio Giovinazzi wrapped up the runner-up spot in the 2015 championship with the team.

It returned for Hockenheim with a three-car line-up of F3 debutants - Hughes alongside Lando Norris and Dan Ticktum.

Hughes and Norris topped the two free practice sessions, before Hughes qualified on the front row for two of the races and third for the other, while Norris was within a tenth of pole for race three.

Poor starts damaged Hughes's race prospects, and he crashed spectacularly out of race one when he went airborne after clipping Anthoine Hubert, before he finished fourth in race two and third in the finale. 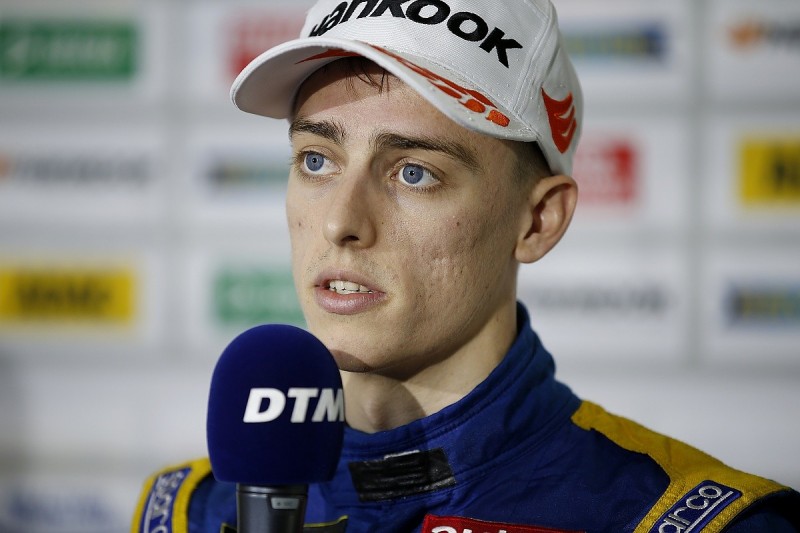 "To turn up on my first weekend and qualify P3, P2, P2, how could I expect that?" said Hughes.

"For a debutant to jump in and do what I've done says everything about Carlin - they gave us the tools this weekend and I mostly delivered.

"I haven't done much start practice and that was my downfall."

Hughes set fastest lap in the final race as he caught, and eventually passed, Nick Cassidy for third.

"I must have caught him at half a second a lap - the car was unbelievable to drive," said Hughes, who is entered for next month's Macau Grand Prix with Carlin.

"I want to reiterate my thanks to Trevor [Carlin] and the team - an absolutely mega outfit."

Hughes also said that the F3 race weekend is very different to what he is used to in GP3.

"Every time you're on track, you have to do 10 laps of qualifying laps [on the durable Hankook tyres compared to the GP3 Pirellis]," he said.

"And the amount of track time [225 minutes over a race weekend compared to 145 in GP3] is very different."