The 17-year-old Londoner is strongly tipped to race with Hitech GP - he has tested with the Silverstone-based team's squad of Mercedes-engined Dallaras during the past week at Barcelona and Jerez, and continues at Estoril on Thursday and Friday this week.

Ahmed, who previously tested with Prema Powerteam and Carlin, told Autosport: "It's been going well, and I've been adjusting to the team really well.

"The car's got a lot of downforce so that's probably been the hardest thing to learn.

"Hitech is how it's looking at the moment, and I'll definitely be doing FIA F3 - there's no point doing anything else because it's the only championship where people recognise you for doing well, although it'll be the challenge of my life.

"You could avoid it by doing something like Euroformula Open, but in the end you'd have to go to FIA F3 to get that recognition."

Ahmed tested alongside Hitech's 2017 race winner Jake Hughes - who looks set to return to GP3 in '18 - at Barcelona, while Spaniard Alex Palou, a race winner in Japanese F3 this season, has been on board with the team at Jerez and will continue at Estoril. 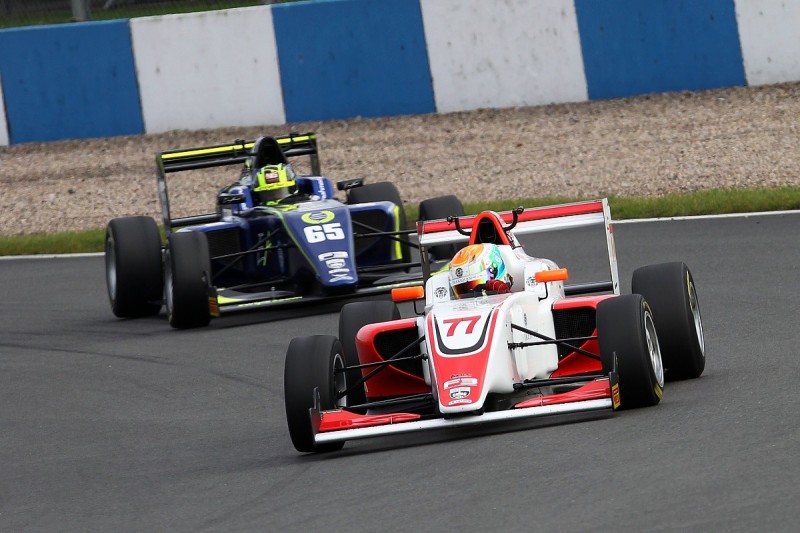 Also testing with the team has been Ben Hingeley (pictured above, leading Ahmed), who finished third in the BRDC British F3 Championship this year.

"Testing with Jake was really good - he's one of the latest I've seen on the brakes and he's great to learn off," said Ahmed.

"Alex is a good benchmark too, because he's got some good experience in F3 and he's very quick."

Sources have indicated that both Palou and Hingeley are also in a strong position to compete with Hitech next season.

Versatile Spaniard Palou - who also was a race winner in Formula V8 3.5 this season, a Formula 2 points scorer, and the top rookie in last week's Super Formula test at Suzuka - told Autosport: "It [Euro F3] is a good car, and it's a good championship because they do a lot of races and all the champions of FIA step up to somewhere else - not just to Formula 1 but GTs.

"It's high value to have this championship in your pocket, but at the moment everything is open."