Billy Monger has set his sights on competing in the FIA Formula 3 Championship next year, and carried out extraction tests with the halo in Abu Dhabi last weekend

Monger has driven in BRDC British F3 this year, finishing sixth in the points in his first full season of racing since losing both legs in a crash at Donington Park in April 2017.

Now that his system for operating his car - Monger uses his stump to brake with a raised pedal - has been developed, he feels he is ready for the next step.

It is mandatory that drivers are able to get out of their cars in under eight seconds in an emergency.

Monger has shared video on social media showing him taking under three seconds to exit a Carlin Formula 2 car, which like the new F3 car is fitted with a halo.

Extraction test complete ?? The 2019 dream is @FIAFormula3. Now for the biggest challenge finding partners & sponsors so we can go racing ?? #BillyWhizz pic.twitter.com/8bJY1c6bwo

Autosport understands that was not a full FIA extraction test as there was no official observer present, and he will need to do that before competing in F3, but it shows Monger is capable of passing the test.

The FIA F3 Championship Monger is targeting replaces the GP3 Series on the Formula 1 support bill, and is officially a merger of GP3 and the Formula 3 European Championship. It launched its new car last week.

"It would be a great step for me to make," Monger told Autosport. "That's plan A, that's what we're aiming for.

"It offers a lot, being on the F1 package obviously helps but also it's a new series - which I think will help me. 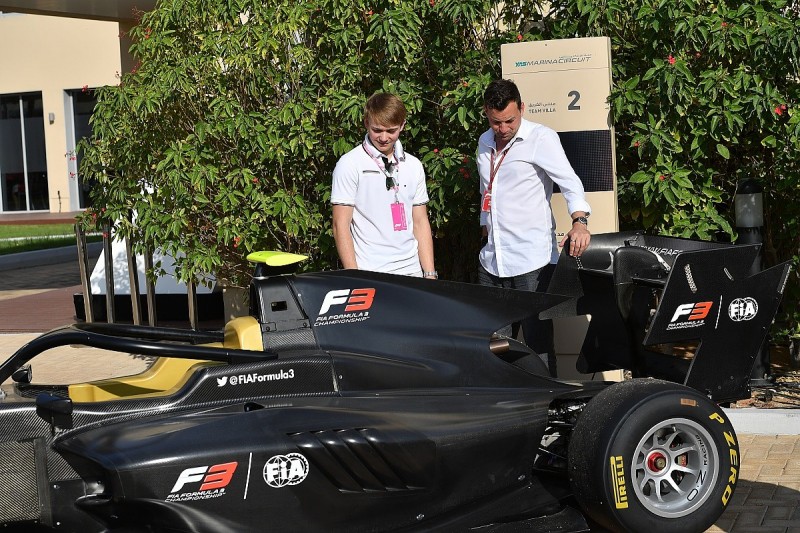 "In these kind of categories you often find a big team finds the edge and they keep hold of that for years.

"I think with it being a new car and a new championship it will be a more even playing field. That's what I want.

"After the year we've had and the progress we've made, it would be a great opportunity for me.

"I want to test myself against the best young drivers, and prove myself."

Monger admitted he had been worried about whether he could escape a halo-fitted car sufficiently quickly.

"I thought it could be a problem," he told Autosport.

"I've tried it and practiced with the Carlin F2 car and it was very easy for me, it was probably easier than the [BRDC] F3 car.

"I can use the halo as leverage to push myself up and over."

Despite suggestions that Monger will try the GP3 car in the post-season tests at Yas Marina, Autosport understands that is not likely to happen.

Monger has received renewed support from the public after a BBC documentary - Driven: the Billy Monger Story - on the 19-year-old was released two weeks ago to wide acclaim.

He was key in lobbying the FIA to change its rules on licences for amputees, who were not allowed to compete in single-seaters before Monger campaigned and the FIA granted him a licence.