The 16-year-old, who scored two podiums as a rookie with Mucke Motorsport in 2016, pre-empted any team announcement by breaking the news on his Instagram account.

Beckmann is the first driver to be confirmed in the Dutch squad's fleet of Dallara-Mercedes, and he is widely tipped to be joined by the returning Pedro Piquet and Harrison Newey, along with Formula 4 graduate Kami Laliberte (whose father invests in the team).

VAR is also hoping to run its 2016 German Formula 4 champion Joey Mawson, who is leading the Indian-run MRF Challenge.

Australian Mawson is testing alongside Beckmann, Piquet, Newey and Laliberte at Jerez and Valencia this week.

But any possibility of running Mawson will depend upon the series relaxing its four-cars-per-team rule introduced for 2016.

This is understood to be under discussion.

MAZEPIN BACK ON BOARD AT HITECH 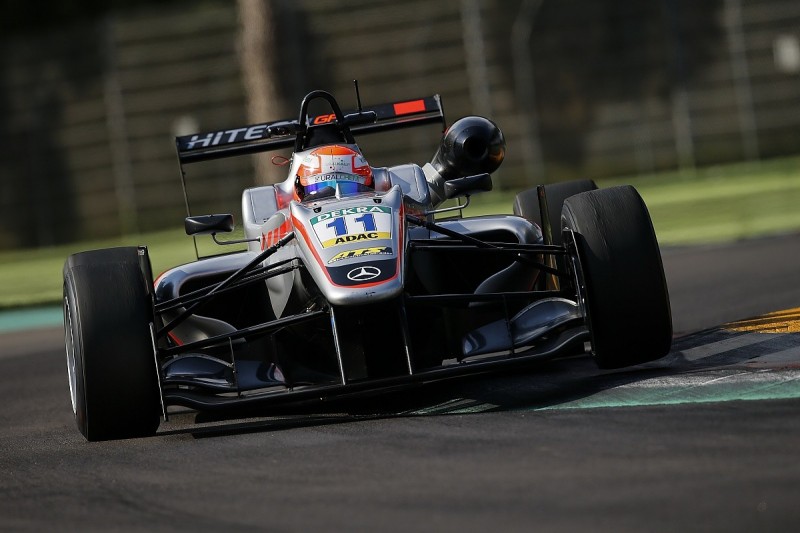 The Russian - whose father played a key role in the establishment of the team during 2015 - joins Ralf Aron, with Briton Jake Hughes strongly tipped to be joining the squad too.

"He had some really strong races, particularly Spa and Hockenheim, where he showed he has the ability to be at the front in F3.

"If we build on that and add some consistency, Nikita can be at the sharp end of the field throughout the year."