The Alpine Academy driver posted a new F3 track record 1m18.592s in the final hour of the afternoon session which proved enough to top the times at the chequered flag.

Collet had initially lit up the timing screens in the second hour before being pipped by Prema Racing’s Dennis Hauger.

However, Collet quickly responded posting a time to move back to the top in the final hour, ending up 0.119s faster than second-placed Hauger.

The Brazilian’s effort was 0.302s faster than the benchmark set by ART Grand Prix’s Alexandr Smolyar on the opening day (Saturday).

Red Bull junior Jak Crawford was third fastest for Hitech Grand Prix only 0.064s shy of Hauger. The 15-year-old American had enjoyed a spell at the top of the times midway through the three-hour afternoon running.

Fellow Red Bull junior Jonny Edgar (Carlin) was fourth ahead of the HWA of Matteo Nannini, who is also racing in Formula 2 this year. 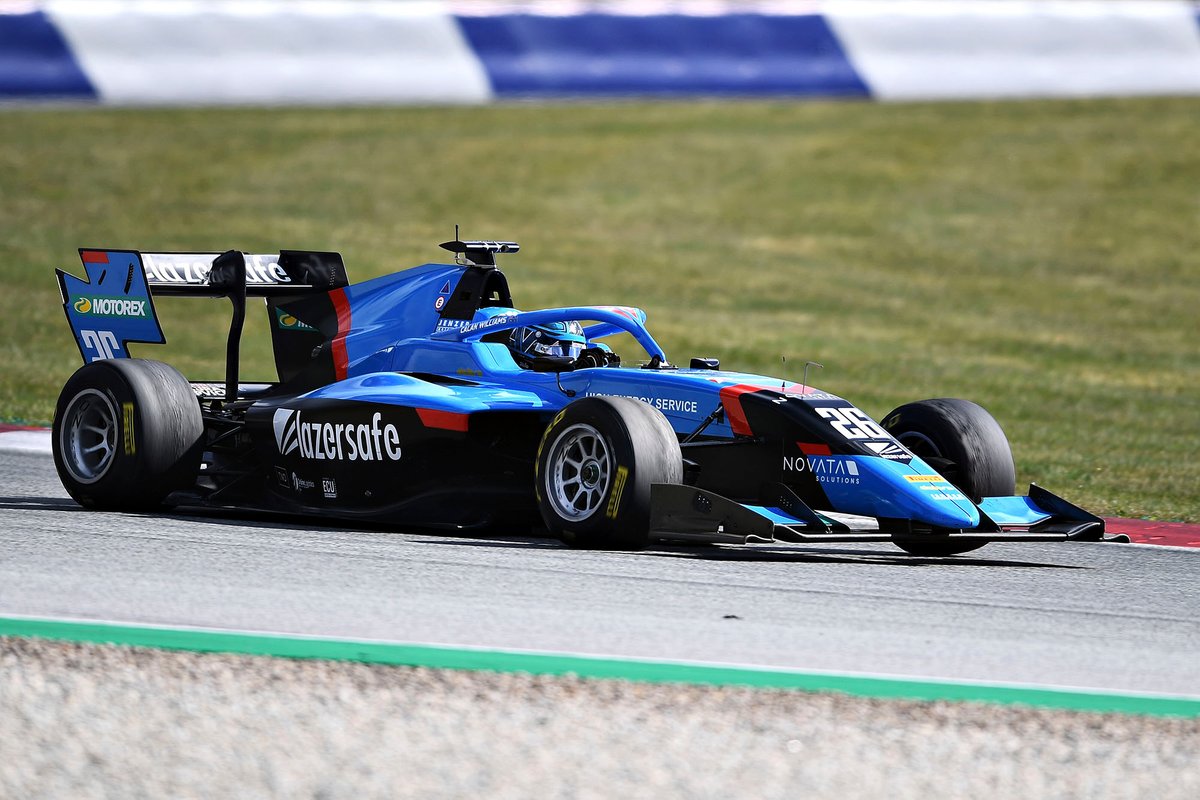 Meanwhile, Juan Manuel Correa impressed on his return to competitive action following a lengthy recovery from serious injuries sustained in multi-car Formula 2 crash at Spa in 2019 that claimed the life of Anthoine Hubert.

The ART driver posted a mighty 1m19.189s effort in the morning session that placed him 11th and only three tenths adrift of the pace. He would go on to finish 19th in the afternoon outing.

The afternoon was punctuated by three red flag periods, the last caused by Charouz's Reshad de Gerus, who stopped at Turn 10.

Only 29 of the 30 cars posted times in final test session as MP Motorsport’s Victor Martins, who was fourth fastest in the morning, was absent from the action.

Jenzer Motorsport’s Calan Williams set the pace in a snow-delayed morning session having dipped underneath yesterday’s benchmark with a 1m18.836s effort.

The Australian was pipped by 0.026s in the final two minutes by Logan Sargeant (Charouz), but the time was quickly removed for exceeding track limits.

Sargeant would end up seventh on the timing screens as Nannini netted second less than tenths shy off Williams, while British F3 champion Kaylen Frederick (Carlin) was third fastest.

Pre-season testing will continue with an outing at the Circuit de Barcelona Catalunya on 21-22 April prior to the championship opener at the Formula 1 Spanish Grand Prix on 7-9 May.

A third test will be held after that round at Spain’s Jerez circuit on 12-13 May.