Alex Peroni has a fractured vertebra after his violent airborne FIA Formula 3 crash at Monza, and he will now miss the second race of the weekend

Peroni was running sixth in the first race of the weekend at Monza - which would have been his best finish since graduating to F3 from the Formula Renault Eurocup for 2019 - before he hit a sausage kerb at the exit of the Parabolica and was launched airborne.

His Campos Racing-run car somersaulted high in the air and came to an abrupt stop, upright, on top of the tyre barriers at the exit of the corner.

Peroni was extracted successfully and walked to the medical car unaided. He displayed concussion-like symptoms and reported minor back pain - which turned out to be broken vertebrae - and he will be kept in a hospital near Monza for observation.

His car lay untouched under a cover in the Campos Racing team garage, seemingly with no attempt to fix the car for tomorrow's race.

The kerb Peroni hit was removed after the crash before the next on-track activity, which was the third F1 practice session.

The use of the kerb drew widespread criticism on social media following the incident. 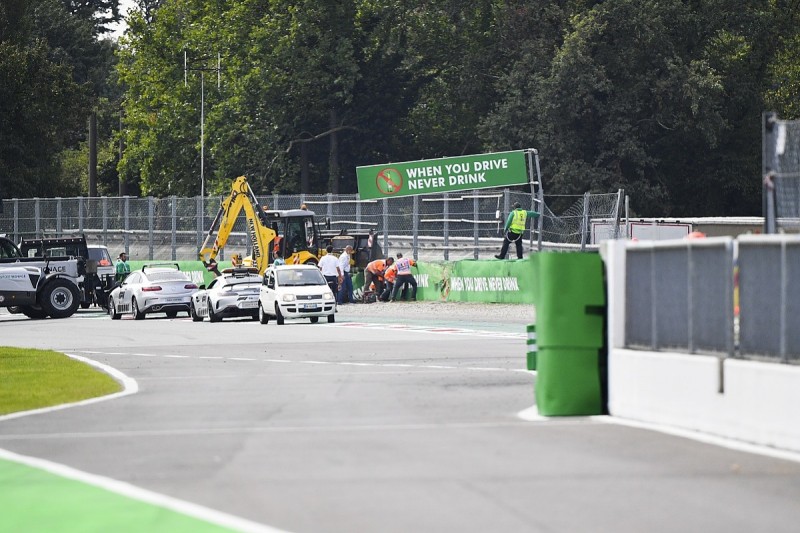