Aitken completed over 200km of running when he drove Renault's Lotus-built E20 F1 car at the Jerez circuit at the end of September.

He has been warned by his ART Grand Prix team that he might struggle when next driving his GP3 machine given the huge difference in performance compared to the car that Kimi Raikkonen used to win the 2012 Abu Dhabi Grand Prix.

The GP3 series will join Formula 2 for a standalone race weekend at Jerez on 6-8 October away from the F1 support bill.

"The team has experience with this type of thing before because Charles [Leclerc] did some FP1s last year [with Haas F1] on GP3 weekends," Aitken told Autosport.

"They said that while you might think it's helpful [to drive an F1 car on the same track you're then racing on in GP3], Charles actually really struggled

"Because in the practice sessions after that, naturally, when you jump back into a GP3 - as good a car as that is - it's a long way off a Formula 1 car.

"It'll feel very alien when you get back in for the first time so they've told me to expect that and we're going to do as much as we can to reduce that effect." 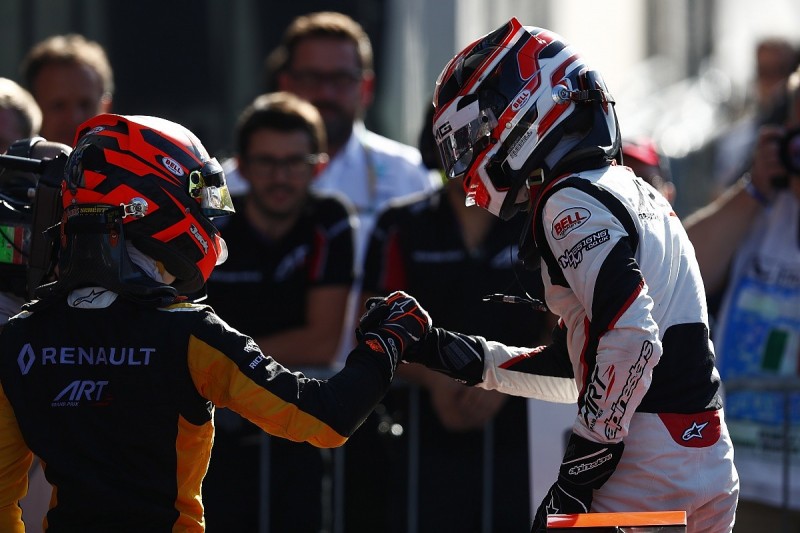 Aitken is second in the GP3 standings behind his ART team-mate, Mercedes F1 junior George Russell, and hopes the Jerez test will give him an early advantage when it comes to familiarising himself with the Spanish circuit.

"On the flip side, at least I've got a bit of an eye in for the track before we go there - hopefully it will even out," he said.

"I think having a couple of weeks [his test took place on September 22] will help because I'm going to be doing stuff in the background to try and get my mind back into the GP3, rather than F1.

"I know we drive on the feel so much that the first time I get in that car I [will have] acclimatised myself to F1 and when I hit the brakes for the first time I'm going to think 'oh that wasn't very effective' or 'why is the engine down on power'.

"That's just inevitable, but we are going to be able to handle it, hopefully in time for qualifying and that sort of thing."