The Russian driver had been largely anonymous for the majority of the session, but crossed the line ahead of Hubert to put the pressure on with a 1m54.885s.

Pulcini had topped a large part of qualifying and had gone into the session in a confident mood despite gearbox trouble at the end of practice.

He led before the final runs and only Mazepin's improvement was enough to beat him.

Hubert can still seal the title in the first race on Saturday.

If Mazepin wins and takes two points for fastest lap, a second place for Hubert would settle the championship. 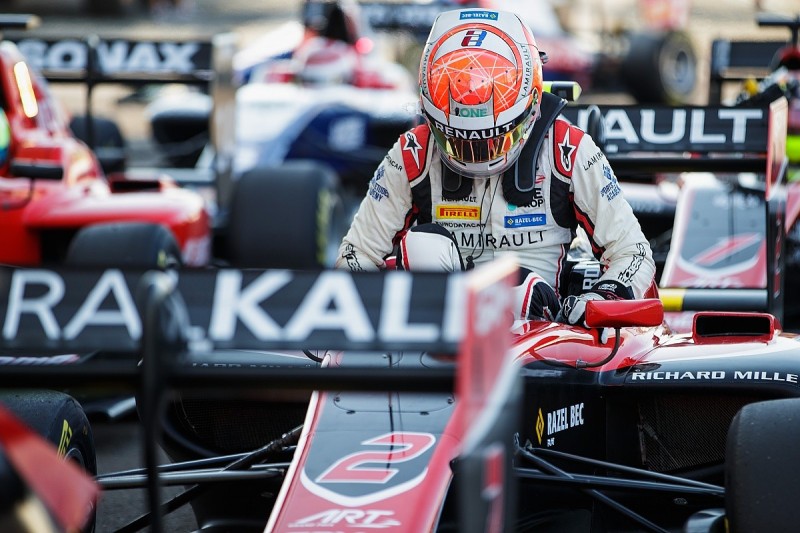 It was Mazepin's first pole of the season, as he was disqualified from pole last time out in Russia due to a breach of track limits.

It means Mazepin is the last GP3 polesitter as the series becomes the FIA F3 Championship next year, remaining on the F1 support bill.

Brits Jake Hughes and Callum Ilott made sure all four ART cars were in the top five, Ilott rebounding from being at the foot of the order in practice but grappling with a brake problem carried over from the last round at Sochi. Both had strong races in the Macau Grand Prix last week.

David Beckmann has been the form-man of late, but could only manage sixth in the order and top Trident Racing car, ahead of his team-mate Giuliano Alesi - who went purple in all three sectors in practice, but couldn't replicate that dominance in qualifying.

Despite setting the fourth fastest time in practice, Jehan Daruvala could only manage 15th in qualifying on his GP3 Series race-weekend debut, while Arden's strong practice pace only yielded a best spot of 16th with Gabriel Aubry.