Russell, who is strongly tipped to switch from Formula 3 to GP3 next year with ART Grand Prix and become a Mercedes Formula 1 junior, rejoined the French team after sitting out the second day of running.

Russell then topped the afternoon session - in which most of the improvements over the morning came from drivers lower down the overall order - to head Alessio Lorandi by 0.369s.

Italian Lorandi continued what has been a strong test, during which he has driven all three days with Jenzer Motorsport.

Both Defourny and Pulcini were having their first day with Arden, the Belgian having tested with ART on the first two days, and the Italian having run with his Euroformula team Campos Racing. 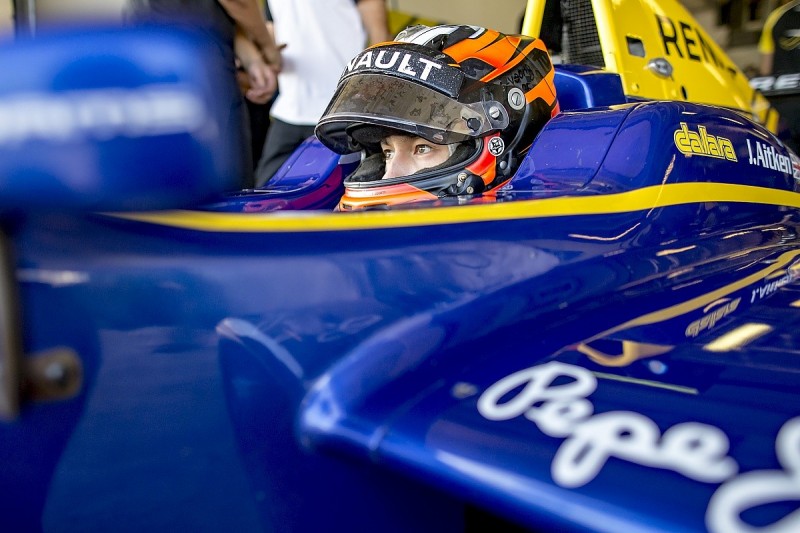 Jack Aitken switched from ART to DAMS for Friday and went sixth fastest in the morning, ahead of Arjun Maini (ART) and Steijn Schothorst (Jenzer).

Pulcini was competitive in the afternoon too, taking third place ahead of Maini and Ferrucci.

Giuliano Alesi, who has driven all three days with his 2016 team Trident, was the quickest of those to improve on their morning time, taking sixth in the afternoon from Aitken and Russian FR2.0 frontrunner Robert Shwartzman (Koiranen GP).

It was a tough day for European F3 race winner Anthoine Hubert, who crashed his ART car at Turn 7 in the morning, causing a 20-minute delay while the TecPro barrier was repaired.

Hubert's accident damaged the Dallara's monocoque, and he missed the afternoon session.