Italian Lorandi popped in a lap right at the end of the afternoon that stands as the quickest of the day.

This was Lorandi's second day of testing with Jenzer Motorsport after contesting the last two rounds of the 2016 GP3 season with the Swiss squad.

Finnish racer Kari set the quickest time of the morning session on his second day with Arden International.

Kari has already confirmed that he will remain on the Red Bull Junior programme for 2017 and is almost certain to make the switch to GP3 next season after a one-off appearance at Spa this year.

Second fastest in the morning was Jack Aitken, who continued testing with the ART Grand Prix team and lapped 0.170 seconds slower than Kari's best. 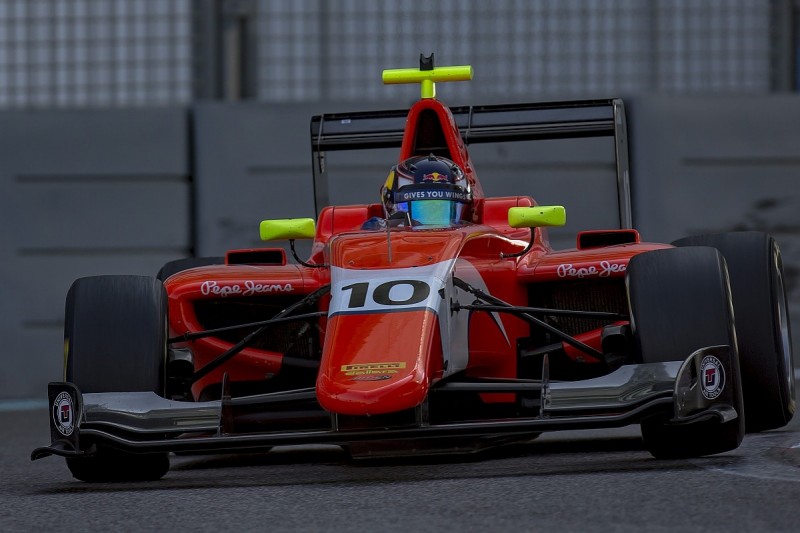 Kari and Aitken were two of only six drivers who did not improve in the afternoon, ending the day fourth and seventh respectively overall.

Like Lorandi, Santino Ferrucci improved right at the end of the day and moved into second place, the American Haas Formula 1 protege having his first test outing with Trident after driving for DAMS this season and during the first day of the test.

The duo displaced Steijn Schothorst, the Dutchman also occupying a new cockpit with his first run-out for Arden after a season at Campos and a day at DAMS on Wednesday.

Behind Kari, fellow European F3 race winner Anthoine Hubert ended his first day in a GP3 car in fifth place for ART, with Raoul Hyman sixth after switching from DAMS to Koiranen GP for Thursday's running.