One of our photographers explains the good and the bad of shooting at each Formula 1 venue, and highlights their favourite images from the circuit. This week, Spa

There is only one word to describe this year's Belgian Grand Prix so far: wet.

You always come to Spa dreading it a bit because you worry that it could be rainy, wet and horrible. But it can surprise you - as there have been some really hot years here - although I don't think it will do that this weekend.

The track itself is a great place for photographs and you can get some really good pictures out in the woods. There is often a great contrast between the darkness of the trees in the background of shots, and the sunshine beaming down on the cars.

So, all in all, we go into it dreading what could happen - but we come away with some pretty nice stuff.

It's a fantastic corner. You have the elevation, a great crest with different cloudscapes in the background - and the cars climbing up create a lovely picture that you cannot get anywhere else. There is so much you can do around Eau Rouge, as I will talk about later.

The Bus Stop used to be good, but unfortunately that opportunity was taken away a few years ago when they changed the track layout. There is also La Source hairpin - standing on the inside you can get close up to the cars and get some nice wide panning shots.

For the start of the race as well, standing at Les Combes looking back towards Raidillon is fantastic. This picture was from last season where Kimi Raikkonen got past Giancarlo Fisichella - and there is a nice contrast between the cars, the spectators watching by the track and the forests in the background.

Access at Spa can be quite difficult sometimes and after planning to spend some time down at Eau Rouge, I got there and found the gate through was locked. There was no security guard there so I had to find another way in.

I had been in two minds about what to do in the second session - whether to stay in close to the pits or go out and see what happened. Today, you did not have a clue what was happening with the weather and I thought I would take a gamble and start out here.

I got the bottom of Eau Rouge, standing on the outside of the circuit at the dip, and at first the sun was trying to peak out but not having an easy time. Then the sun got a bit stronger and that's what helped make this shot because of the spray and the dark clouds in the background.

This was one of those shots when everything comes together - the sun, the clouds, the trees, the car being on the right line to throw up the spray and the added bonus of the rear light being on. It's not something you get all the time. 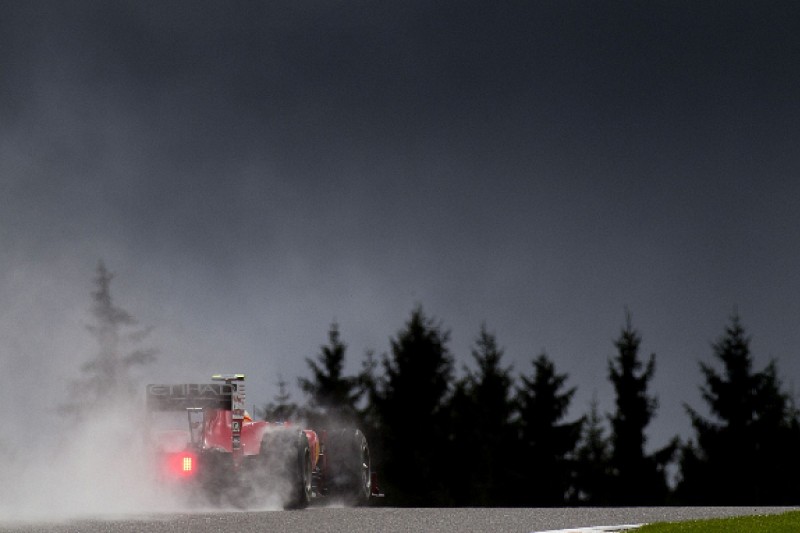 This is from a few years ago, and it's a shot that reminds us a little bit of how quickly we come to forget things in F1. It is a Toyota and Ralf Schumacher - who are both long gone from grand prix racing.

The picture was from a weekend when we did actually have good weather throughout, and it was only about four or five laps into the race. It illustrates really well the forces the cars generate going through the corners with the marbling effect of the rubber coming off the tyres.

Those marbles were what I wanted to capture in this shot and it works well with the red and white car in the background, the kerbs in the foreground and all those pieces of rubber pin sharp.

The shot was taken right at the bottom of Eau Rouge. I remember it was quite difficult to get the car in the right place and avoid the temptation to follow it. But with perseverance and patience, I managed to pull this picture off. 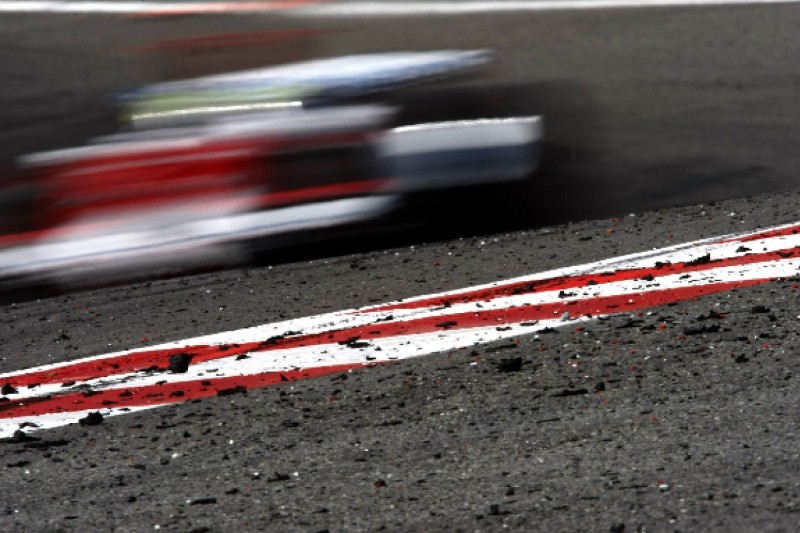