Zhou escaped from a horrifying crash just after the start at Silverstone when he was flipped over on the run away from the lights.

His Alfa Romeo skidded upside down along the asphalt circuit before skipping across a gravel trap and rolling over a tyre barrier at Abbey.

While F1’s safety structures ensured Zhou did not suffer any injuries in the accident, a key focus of the FIA’s investigation into the events will likely focus on the fact that his roll structure broke in the initial impact.

Alfa Romeo is alone in running a blade solution rather than a hoop for its roll structure, but the FIA’s crash test demands ensure that all cars have to withstand the same amount of forces.

Currently, the requirements of the primary rollover structure are to sustain loads equivalent to 60kN laterally, 70kN longitudinally and 105kN vertically.

According to Alfa Romeo team principal Fred Vasseur, Zhou’s smashing upside down in to the track – which left a long gouge in the surface – was beyond double the force.

Asked by Autosport about the latest on his understanding of the crash, Vasseur said: “It's still under investigation, and we share all the information about the crash with the FIA.

“So it doesn't matter the level of the crash test, you can always find something a bit bigger. For sure, we'll have to take action on our side and with the FIA to see how we can improve the safety.”

But while there are always improvements that can be made to better look after drivers, Vasseur says that he is thankful for certain other aspects – like the elements that prevented there being a fire.

“At the end of the day, I want to stay positive that, after a big crash, nothing happened,” he said.

“You can't imagine also what could be the outcome if we didn't have a [cut off] on the car. I think that thanks to the safety decisions, we had no fuel leak on the car, because this would have been the worst-case scenario.”

As well as Zhou being uninjured in the accident, Vasseur said he was equally impressed with the attitude shown by the Chinese racer in switching his focus almost instantly to getting back behind the wheel almost immediately after the incident.

“He came back to the garage one hour after the crash when he was released from the medical centre, and he had absolutely nothing,” added Vasseur.

“The first question was about the stock of parts for Spielberg, So after a couple of days, when you think about this, that is just incredible to have so huge a crash and to come back into the garage with nothing, and be focused on the next one. It is unbelievable.

“I think on this, it’s thanks to the FIA and thanks to the safety criteria. I was not the biggest fan of the halo at the beginning, but I was wrong.” 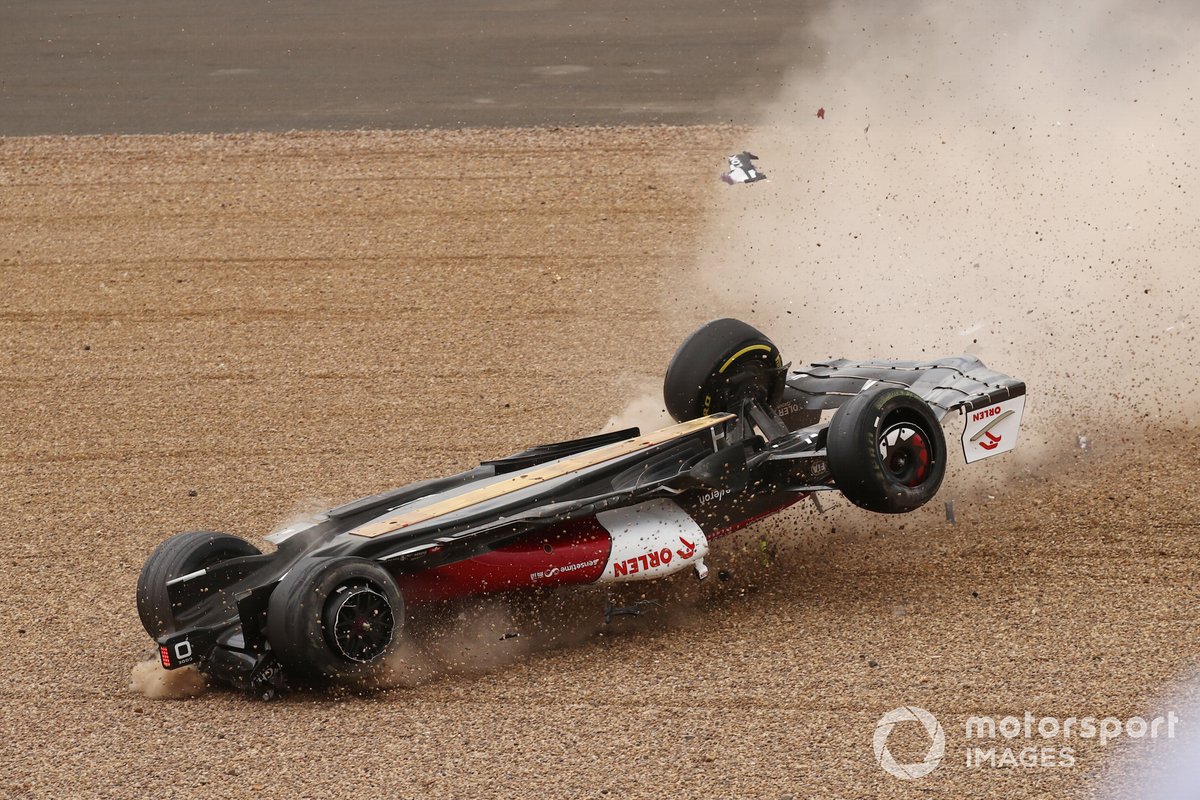