Zhou Guanyu believes scoring a point on his Formula 1 debut in Bahrain was “the best answer” to criticism he faced upon landing his race seat with Alfa Romeo.

Zhou moved into F1 this year after three seasons racing in Formula 2, securing a drive alongside Valtteri Bottas as part of Alfa Romeo’s refreshed driver line-up.

Alfa Romeo acknowledged that the backing Zhou brought from Chinese sponsors as the nation’s first F1 driver was one element of its decision to sign him, but pointed to his track record that took him to third in F2 last year.

But Zhou sent a message to any critics writing him off by reaching Q2 for Alfa Romeo in Bahrain, before fighting back from a poor start to finish 10th, scoring a debut point.

"I think once I signed the contract last season, for some reason people had some different thoughts about me being in Formula 1,” Zhou said.

“I think that is the best answer. I don’t talk too much trash, but I will just focus on my job.” 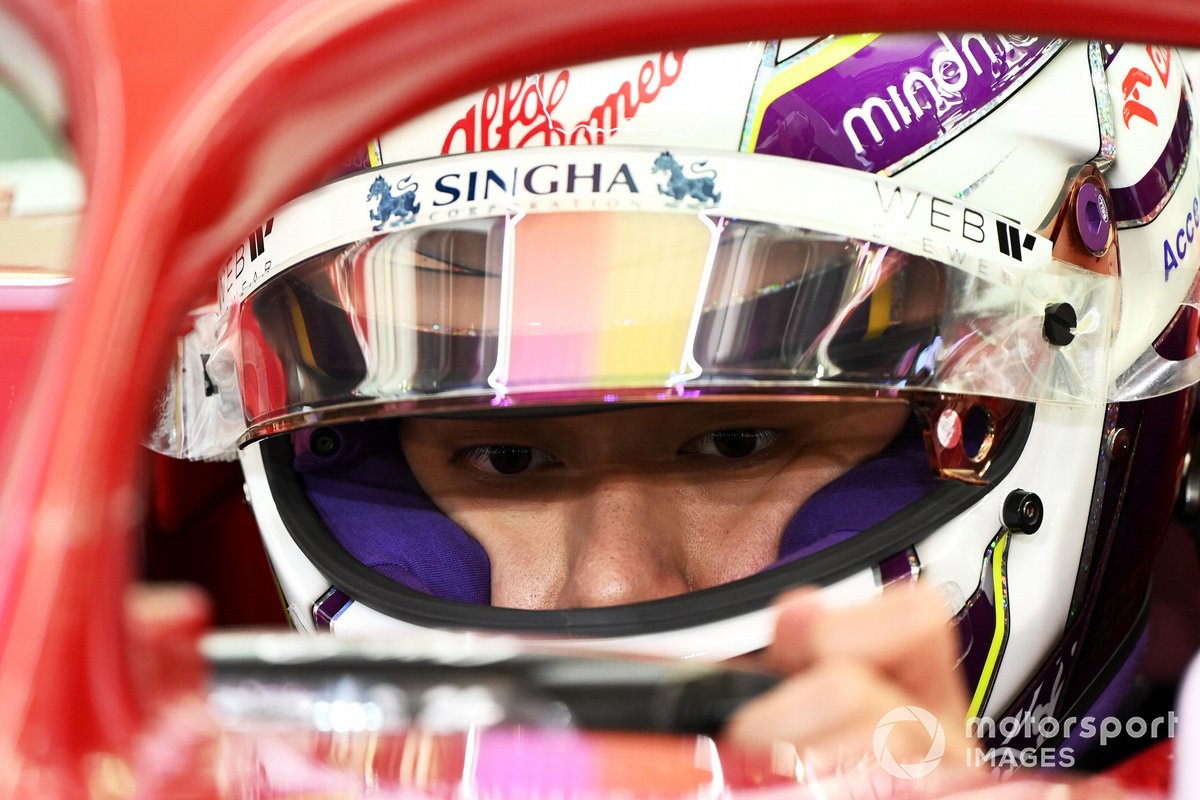 Zhou was visibly emotional upon getting out of the car and celebrating with his Alfa Romeo team-mates as the team recorded its best result since Brazil 2019, with Bottas finishing sixth.

After qualifying 15th, Zhou’s car entered anti-stall on the run to Turn 1, causing him to fall to the back of the field before picking his way back up the order.

Zhou sat 13th for the restart after the late safety car period, but managed to pass Mick Schumacher before benefitting from both Red Bulls dropping out to grab a point for P10.

“I was so focused on getting my way back up the field. Every move that was possible I went for it, doesn’t matter if it is last corner or first corner or Turn 4, I think I made the right decision.

“That eagerness inside me just switched fully on today. Points were possible and I knew that looking at my race pace. For the second, and the third stint, I thought I had to go for it even more.

“To get a point is amazing.”