But Zhou was subject to criticism and abuse online prior to his F1 debut as many questioned his suitability for the seat and tagged him as a pay driver. Antonio Giovinazzi, who Zhou replaced at Alfa Romeo, said after losing his seat that F1 could be "ruthless" when "money rules."

A point on debut in Bahrain provided what Zhou called "the best answer" to his critics, with a further score coming in Canada where he finished eighth.

"I was able to prove my point, and switch the view of most of the people around, so I'm very happy on that side," Zhou told Autosport in an interview ahead of the summer break.

"It hurt quite a bit. When you reach your dream, I finished top three in F2 and had secured the superlicence points, and when people don't really follow your journey and talk like that, it's kind of hurting from my side."

Asked if he meant comments online that were hurting him, Zhou replied: "Yeah, these days, people use the internet and social media a lot.

"When this happened, I was quite surprised the amount of people throwing racist comments or things like that.

"You still have supporters supporting you, but a lot of them don't really follow F2 or junior series. They just follow F1, they look at who you are, coming from China, [and say] that's the only reason you get a seat, for whatever reason.

"It kind of hurt, because when you have a dream and you finally reach it, you're expecting to have people send you congrats, not sending you these messages and trying to take you down.

"But I don't get taken down by just looking at these comments or people throwing bad stuff to me. The best thing I can do is just to do everything on-track. I think we've proved that point. I'm very happy now." 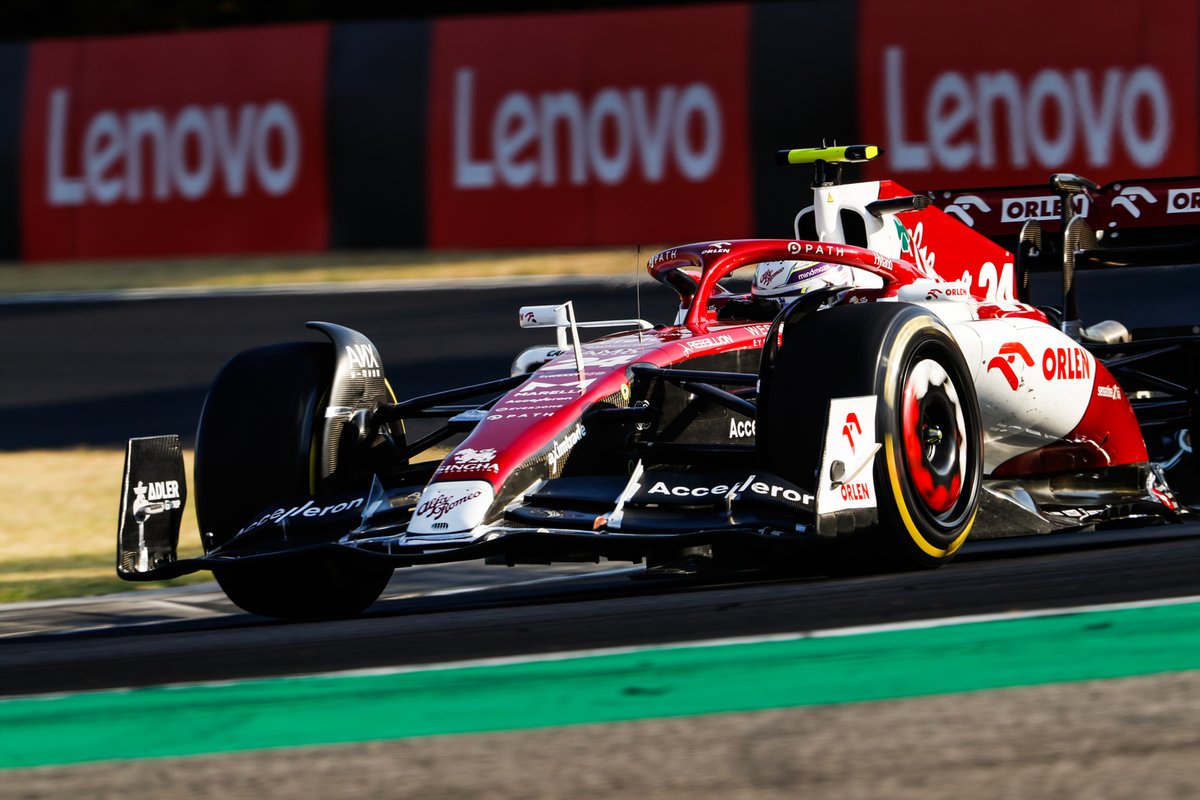 Zhou said he had seen a shift in the kinds of messages he was now receiving from fans, and that some had actually apologised to him via social media for what they said ahead of his debut.

"Social media is good, it gives every sport, every person, the possibility to show their personality to people who don't have the chance to get close to them," Zhou said.

"But then you have the downside of people throwing bad stuff to you for no reason. But I think overall, I'm quite OK dealing with all that.

"It's different to what I imagined when I signed the contract. When you're in F2, everyone is hoping that you take the seat in F1. In 2021, everyone wanted me to take the seat at Alpine.

"It's pretty strange how half a year changes it, just because you've got [the seat]. That's just normal for everyone."

Zhou is focused on retaining his seat with Alfa Romeo for 2023 amid the current driver market movement, with talks planned after the summer break at Spa.