Zhou has "no answer" for recurring F1 anti-stall problems

Zhou Guanyu has “no answer” for the recurring anti-stall problem that struck on the opening lap of his first two Formula 1 races in Bahrain and Saudi Arabia.

Alfa Romeo driver Zhou qualified 13th on Saturday in Jeddah, only to drop all the way to the back of the field on the opening lap after anti-stall was triggered on his car following contact with Daniel Ricciardo at Turn 1.

It left Zhou five seconds adrift of the pack in 20th place, and although he would fight his way back up the order, a drivethrough penalty after failing to fully serve a five-second time penalty in the pits due to the front jackman touching his car meant the Chinese driver couldn’t score any points.

Zhou faced a similar issue with anti-stall on the opening lap of the race in Bahrain that caused him to fall to the rear of the field before ultimately grabbing a point for 10th.

Zhou told Autosport after finishing 11th in Jeddah that Alfa Romeo’s main focus now was to resolve the issue in time for the next race in Australia.

“Daniel had a little bit better start, and we get all squeezed up in Turn 1, and I had to the jump off the track to avoid contact,” Zhou explained.

“We still touched, but nevertheless, the anti-stall kicks in again. So I honestly have no answer or explanation of that.

“Like I said, it's definitely the first priority of issue we have to fix for next race, because in terms of the pace, the race was fast again.

"We had the opportunity to fight for points but with that issue again, followed up with the drivethrough penalty, that ended our opportunities.” 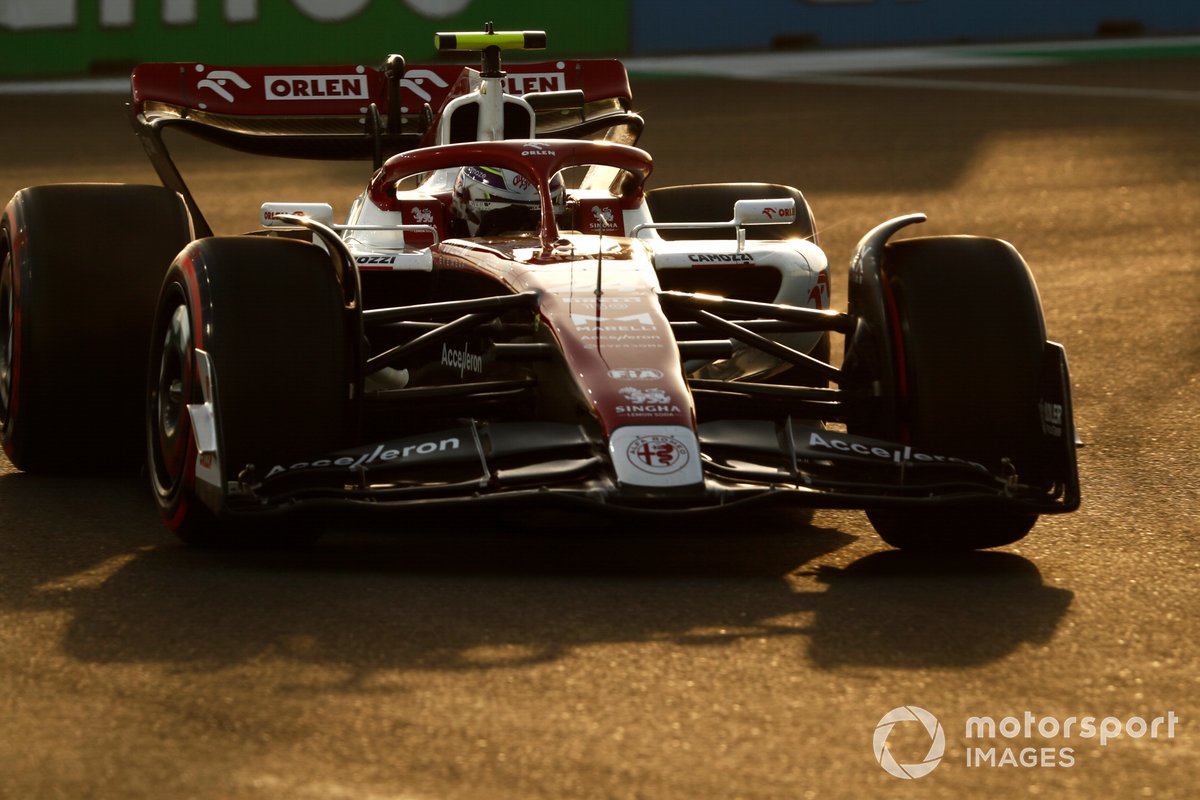 Zhou was unsure if there were two separate issues with the clutch and anti-stall on his Alfa Romeo car, but felt confident the anti-stall issue was not helping matters.

“It's related to clutch and that definitely affects everything to deal with the clutch release pace,” Zhou said.

“Let’s see for Australia, but that was the issue that we need to fix.”

Despite the issues at the start and the drivethrough penalty, Zhou was still able to finish one place outside of the points as Alfa Romeo again proved to be competitive among the midfield cars.

But he rued the missed chance to get some more points, largely due to the drivethrough penalty.

“Even with the starting issue, without the drivethrough penalty, we would be top 10 as well,” Zhou said.

“Obviously there are a lot of positives to take on the weekend. On my side, to manage to get up to speed. In Bahrain we had a few issues, it was fixed here. So it was good.

“But then our biggest issue was still there, so that's the biggest focus points from this race.”