Zhou Guanyu has credited the halo with saving him from serious injury in his heavy crash at the start of the Formula 1 British Grand Prix and says he is fit for next weekend’s Austrian round.

The Chinese driver was tipped over in his Alfa Romeo F1 car on the run to the first corner in the British GP in a clash with George Russell and Pierre Gasly, before being pitched into a roll over the crash barriers and stopped between the catch fencing and tyre wall.

The race was immediately red flagged, while Alex Albon, Sebastian Vettel, Yuki Tsunoda and Esteban Ocon were skittled in a separate collision while trying to take avoiding action from the incident involving Zhou.

Zhou confirmed he was OK and thanked the marshals and medical team for their work, while he credited the halo with protecting him during the collision.

“It was a big crash and I’m glad I’m OK,” Zhou said via an Alfa Romeo press release.

“The marshals and the medical team at the track were fantastic with their quick response, and I also owe my thanks to the FIA and Formula 1 for all the work they have done, and they keep doing, to improve the safety of our cars: the Halo saved me today, and it goes to show that every step we take in improving our cars has real, valuable results.” 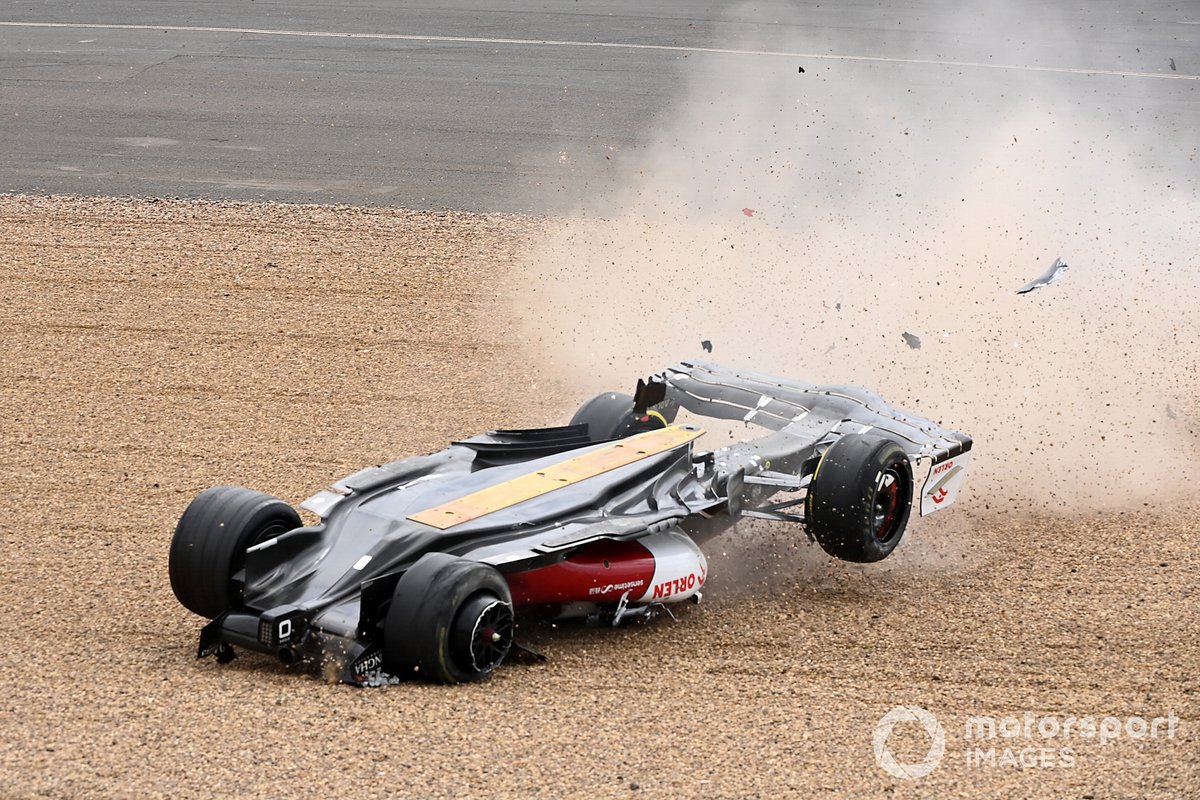 Having been declared fit by the FIA medical team, Zhou has made it clear he is aiming to return to action immediately at the next round in Austria next weekend.

“I’m keener than ever to get back on track and do what I love: I’m fit and I’m looking forward to Austria next week.”

Albon has been taken to hospital in Coventry for further checks after he was pitched into the pitwall after being hit by Vettel in the accident caused trying to avoid the crash involving Zhou.