Toto Wolff believes the Formula 1 title race is “far from over” despite Mercedes’ decision to stop developing its 2021 car as it sticks to its resource plan for 2022.

Wolff said on Saturday that Mercedes would “continue to stick to our principle of putting our resource into 2022” with regards to its development plans despite the fierce championship fight with Red Bull.

Lewis Hamilton was heard on team radio asking Mercedes what it could do to reduce the gap to Verstappen, and said after the race that it was “impossible” to keep up, having dropped 17 seconds behind before his late pit stop to go for the fastest lap.

Hamilton also said that Mercedes had to “find some performance” and “need an upgrade of some sort” to take the fight to Red Bull.

But speaking on Sky Sports F1 after the race, Wolff said it had been “the first race really in eight years where you’re just lacking the pace, where you see that we have stopped developing for this year, because we believe the next years are so important to get it right”.

In a later media call, Wolff acknowledged that it was a “very, very tricky decision” not to continue development with the Mercedes W12, but felt it was important to weigh up the benefits for the new regulation cycle starting in 2022.

“We are having new regulations not only for next year but for years to come, a completely different car concept, and you’ve got to choose the right balance,” Wolff said.

“Pretty much everybody is going to be on next year’s car. Some may still bring stuff. Red Bull has brought trucks on Thursday and Friday with new parts.

“And fair enough, it’s a strategy, and one that proves to be successful as it stands, because today, they were simply in a league of their own from car-pace wise.” 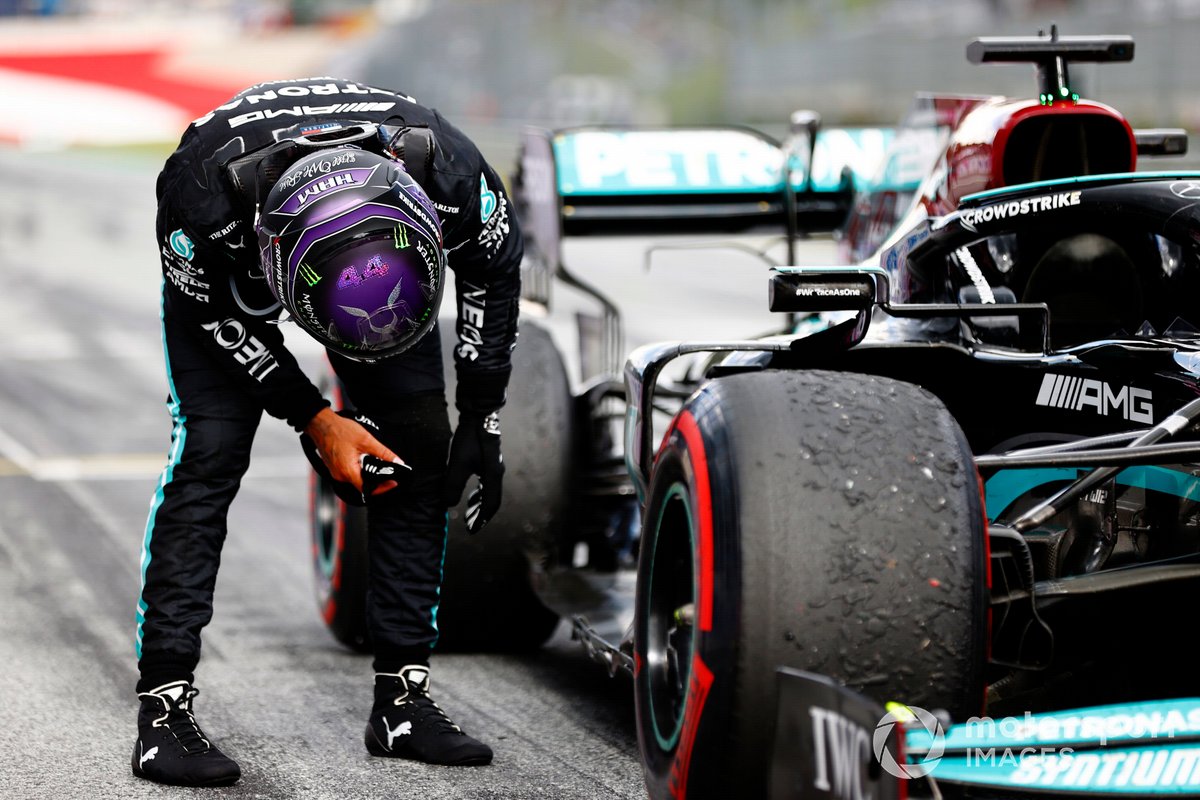 Red Bull’s recent streak has seen the team open up a 40-point lead at the top of the constructors’ championship, putting it at the top of both standings for the first time since 2013.

But Wolff stressed the title race was far from over, saying that Red Bull’s development would end at some stage and that there were plenty more areas to optimise.

“The championship is not only played with adding aerodynamic parts, because at this certain stage, even the ones like Red Bull who still keep adding parts, need to switch all of the development into next year,” Wolff said.

“That means all the exploitation of the car around the set-up, the set-up work, the tyres, and the optimisation of how we are running, will become a very, very important part.

“It would make no sense to put a week or two [or] a month back on the current car, because the gains wouldn’t be anywhere near of the gains we are making on the 2022 car.

“But having said that, this is far from over. We had a very difficult weekend here in Austria, with no weapons in our armoury to win this race fair and straight. But we will be winning races this season, and we will be having pole positions, and we will be fighting as much as we can for every single result.”

Asked if Hamilton had bought into the plan given his post-race comment about needing an upgrade, Wolff replied: “The driver will always fight with everything he has.

“We’ve had the chat before, and as a matter of fact, it’s a very rational decision. The upgrades you bring wouldn’t close the deficit, aerodynamic deficit, of the magnitude that these new aero regulations cost us. Fact.

“So the fight is still full on. That wasn’t our best circuit in the past, and wasn’t today. [It] doesn’t mean that we have no weapons in our armoury left.”