Mercedes Formula 1 boss Toto Wolff believes it was “100% the right decision” for Lewis Hamilton to take the standing restart in Hungary and not pit for slick tyres.

Rain showers in the lead up to lights out meant the entire field started the race on intermediate tyres, but the track dried out under the red flag thrown following the clashes at Turn 1.

While the field left the pit lane on intermediates, the track dried out so quickly that 14 of the 15 cars came immediately into the pits to take on a set of slick tyres.

It resulted in a bizarre situation where Hamilton was left alone on the grid for the standing restart as the lights went out. Hamilton then pitted at the end of the lap for slicks, causing him to drop to last place.

Mercedes F1 boss Wolff joked that it was “a bit lonely” for Hamilton on the grid, but explained that it was the right call as he would have dropped back a few places anyway due to the train of cars passing through the pit lane.

“At the end, you need to make the call out there and judge whether it’s dry enough or not. I thought that within one lap, it couldn’t possibly dry up like it did, and at the end, you have to take it on the chin that it was the wrong outcome.

“But the decision was right. We calculated that he would have come out sixth with the train of cars going into the pits. Now you are more clever, but it is what it is.” 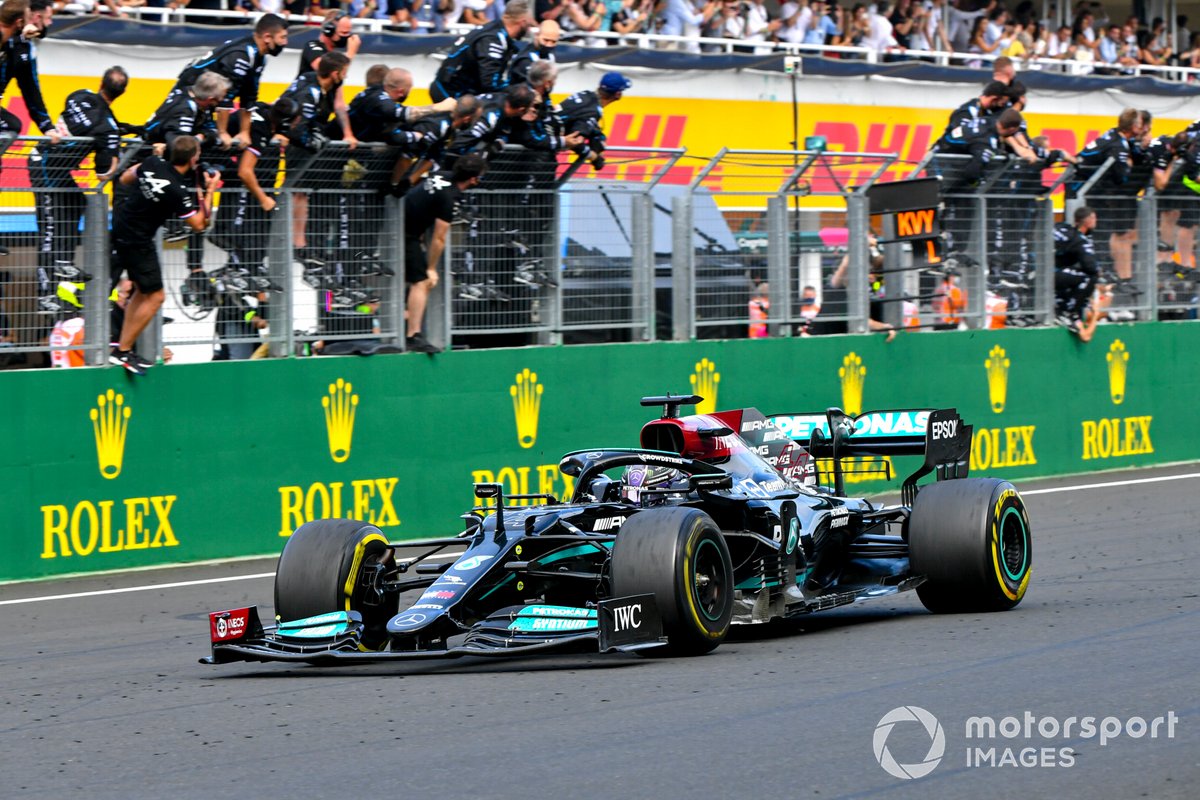 While Hamilton was able to recover to third place, he could not maximise a difficult day for title rival Max Verstappen, who only finished 10th after his car was damaged at Turn 1.

Esteban Ocon and Sebastian Vettel had sat second and third behind Hamilton under the red flag, and finished the race first and second after leading the cars into the pit lane to take slicks.

Wolff denied that the call could be deemed an error by Mercedes, stressing that he stood “100%” by the decision and that Hamilton could have won the race regardless, had he not lost so much time behind Fernando Alonso.

“We could have won today,” Wolff said.

“We lost a lot of time behind Fernando, and that made Esteban win the race, and that is good.”

While teams are not allowed to tell drivers to come into the pits for tyres on the formation lap - seen with Antonio Giovinazzi’s own decision to gamble before the first lights out - they can do so for a standing restart.