Toto Wolff says there “wasn’t any arm twisting from our side” to convince Formula 1 drivers to race in Saudi Arabia after threats of a boycott emerged on Friday night.

Following the missile strike on an Aramco oil facility less than 10 miles away from the circuit during opening practice for the Saudi Arabian Grand Prix, F1 held talks with all 20 drivers to assure them of their safety for the rest of the weekend.

But following their usual pre-race briefing in Jeddah, the drivers separately discussed concerns about continuing with the race weekend that were ultimately allayed following a four-hour meeting that stretched into the early hours of Saturday morning.

Agreement was reached between the drivers not to continue with the race weekend, only for talks with F1 officials, team bosses and local authorities to lead to assurances being made about the safety measures in place.

Speaking on Sunday after the race, Mercedes F1 chief Wolff said the talks took place without any pressure being put on the drivers by their team representatives.

“There wasn't any arm twisting from our side, there were good discussions,” Wolff said.

“When the team principals talked to the drivers, I think what we talked was sense and not at all [with] any pressure, but maybe that was perceived in a different way.

“In the end, the show and the spectacle was amazing and what we delivered as a sport was great. And I think this is what sports should do.

“To be honest, I've been here [and in] five years, I’ve seen change. And I repeat what I said before: this is where we are, but there's just so much more to do. A lot.” 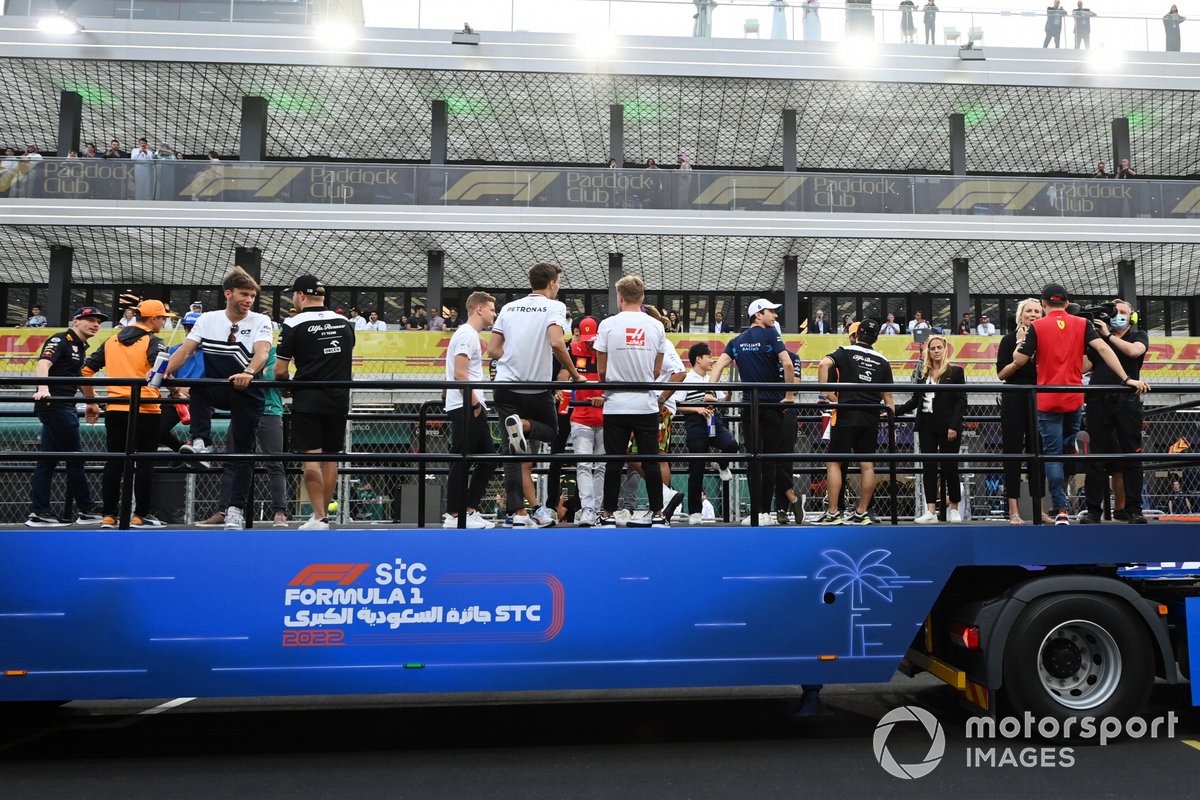 The Grand Prix Drivers’ Association issued a statement following the Friday night meeting saying there were “natural human concerns” about racing before they were ultimately allayed. A number of F1 drivers also felt talks were needed surrounding the future of the grand prix in Saudi Arabia following the race weekend.

F1 boss Stefano Domenicali said the series was “not blind” to concerns about continuing to race in Saudi Arabia, but felt it was also “playing a very important role in the modernisation of this country”.

On Saturday, Wolff stressed the need “to give people the chance to better themselves” and that F1 would help shine a spotlight on issues in Saudi Arabia.

“Does Saudi Arabia and some of the other Middle Eastern countries share the same values the same culture as we do in in Europe? They don’t,” Wolff said.

“Are they where we want them to be? No. Can we, by coming here, put the spotlight onto this place, by racing here in Formula 1, by making those themes visible and therefore making it a better place? I still think so.

“I’d rather come here and make the spotlight shine on the region so it needs to be in a better place rather than say: ‘I’m not going there, I don't want to hear anything of it.’”