Wolff: Mercedes must avoid "exuberance and depression" over driver form

Mercedes Formula 1 boss Toto Wolff says his team must do more to help maintain its drivers' confidence levels, rather than rush between "exuberance and depression" over minor form swings

Wolff says that Valtteri Bottas' difficulties at the end of the season highlighted the change of mindset that comes when a driver's title ambitions have ended, which he suggests was not always appreciated before.

After a difficult Sakhir GP weekend, where Bottas was overshadowed by stand-in George Russell, Wolff had talks with the Finn to discuss how best they could help support each other more.

One change made for the F1 season finale in Abu Dhabi was a request from Bottas for Wolff to be more encouraging on the team radio.

Wolff says that dealing with the drivers' mindset is something that should be done better, and the team needed to shy away from putting too much emphasis on single weekend performances.

"What we need to look at, and what we need to work out collaboratively, is that for drivers, it's all about winning the world championship," Wolff told Autosport.

"And when that has been decided, we need to find out how to keep the energy levels high. But the margin between winning and losing, between hero and zero, is so small in this sport.

"If he [Bottas] would have led the way in Bahrain 2 [Sakhir] and won the race, nobody would have criticised Valtteri. And that was down to a good or less good start.

"He was also catching up in the race before our unfortunate pitstop incident. 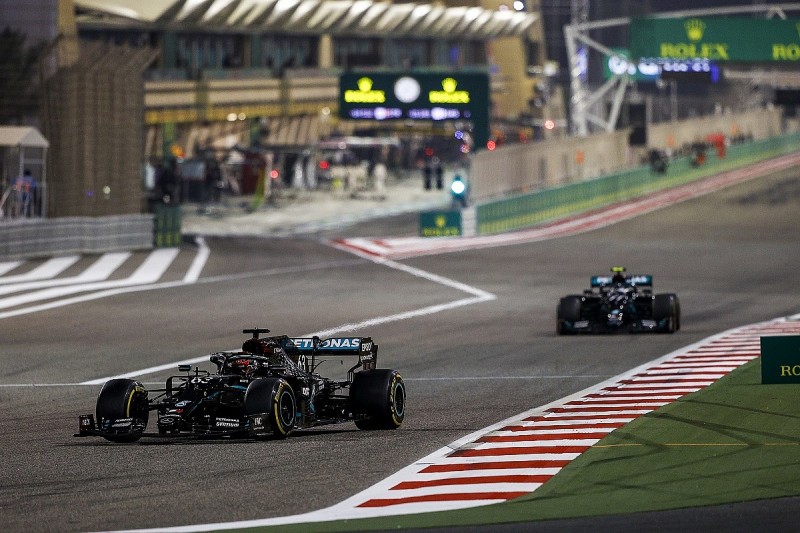 "So we mustn't swing between exuberance and depression in terms of our judgement on drivers, but kind of see the average and help the drivers to have confidence, to develop their abilities and achieve sustainable performances."

Wolff says that although Bottas was comprehensively outscored by Lewis Hamilton last year, finishing 124 points behind, the tally did not tell the true story of their form.

He cites the fact that Bottas lost a lot of points through punctures or events outside his control, like the red flag at the Tuscan Grand Prix.

"Valtteri has had highs, but more downs this year than he deserved," added Wolff.

"How many times has he been in the lead of a race that he would have probably won before a red flag was thrown? Or before he suffered from a tyre puncture? Multiple occasions.

"I think he could have had a handful more victories. And the championship could have stayed more open much, much longer.

"He performs on a very high level. There's no reason to question him if he has those fantastic weekends with top performances."

Magnussen: Fighting for points at best in F1 "becomes old"