Mercedes switched Lewis Hamilton and Valtteri Bottas onto medium-compound tyres during an early pitstop under safety-car conditions in Sunday's race, while their main rivals all moved onto hards.

Problems with tyre graining forced Hamilton to manage his pace to make it to the end, which meant Red Bull's Max Verstappen hounded him for much of the race.

Wolff said after the race it was only Hamilton's brilliant driving that had "saved" the victory.

He also accepted switching to mediums was the wrong decision, and said Mercedes cannot allow a similar mistake to happen in the future because it would likely have cost the team victory at a venue where overtaking was easier.

"We were close to losing," said Wolff.

"Considering that it's a track where you can't overtake, he [Verstappen] still tried and could've made the pass.

"I think that going back to normal racetracks we need to accept in terms of tyre life, we need to learn from Monaco and understand why that was. This situation in Montreal, you would lose the race.

"I think from a mindset, we must never be carried away.

"People are saying we're just flying at the moment and it's going to continue like this, but we were a bit lucky actually with that race." 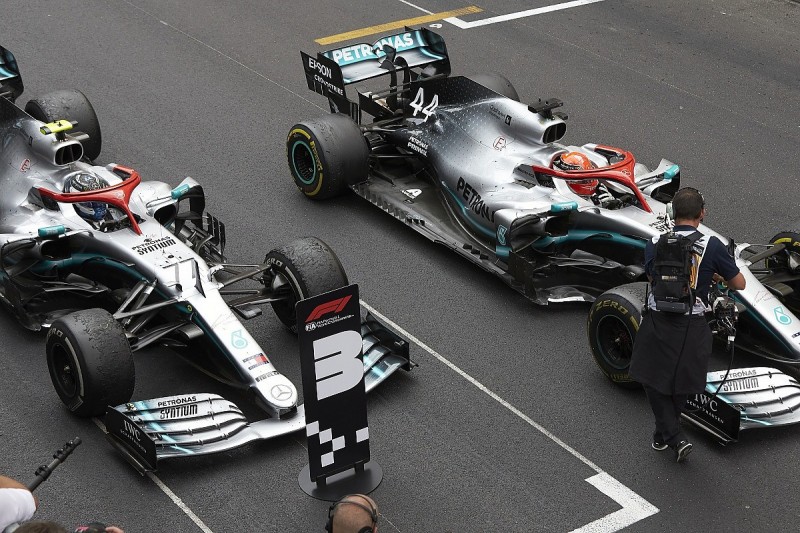 Although Mercedes' record-breaking run of one-two finishes at the start of the season came to an end in Monaco, with Bottas classified third, Wolff said his outfit had never become complacent about its success.

"What you can see is that teams have stopped winning once they had the sense of entitlement, and once they believed it was completely normal," he said.

"It is not normal.

"One and twos, even one and threes, are not normal for the highest competition in motor racing and that's why we are constantly expecting to hit [speed] bumps.

"That's why we take the one and three and just continue to push flat out for the next one."