Off the back of winning eight consecutive constructors’ championships, Mercedes found itself struggling to compete under the new technical regulations for 2022 as it struggled to get on top of the porpoising problem with its car.

It left drivers Lewis Hamilton and George Russell unable to contend with Ferrari and Red Bull at the front of the pack as Mercedes worked to understand the problem.

Mercedes F1 chief Wolff has always stressed the importance of learning from setbacks and difficult periods as part of his management style.

But he made no secret of how difficult it has been to manage the big swings in emotions at the team so far this season.

“The truth is, it's just so painful and it's so difficult to live by your values and your doubt,” Wolff told Autosport in an interview looking back on Mercedes' season so far.

“You oscillate from depression to exuberance, and then the next day the other way around. And in a way that when you kind of think nothing that you do works, [it is] a bit of Groundhog Day.

“Then you make steps forward by looking at things and finding out they don't function at all, and then you know what doesn't go, and you go the other way and it functions.

“All the things I've preached, all the things that you read in books that it's so hard, that it is so important to lose in order to thrive. It's just lived in real life so far.” 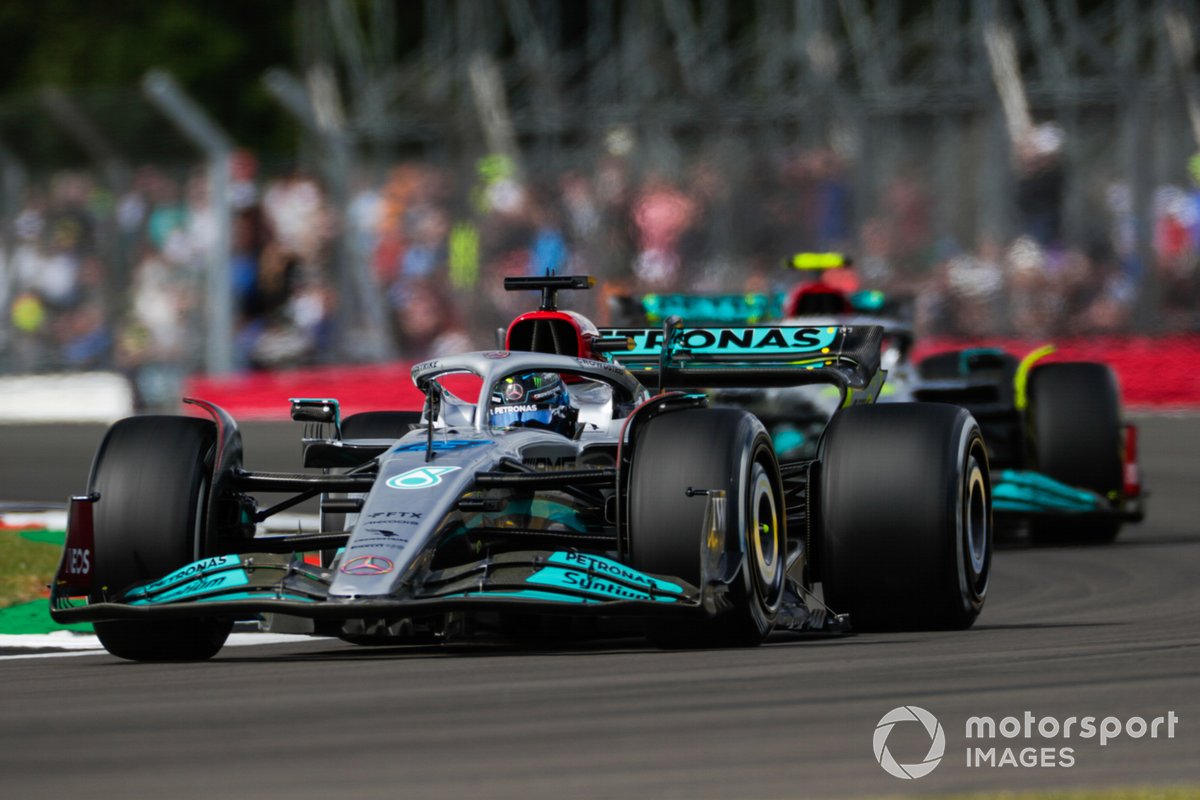 Mercedes has seen its level of performance improve through the season, leading to its current streak of six races in a row with a car on the podium, including double podiums in France and Hungary.

Russell also managed to score a shock pole for Mercedes in Hungary, pointing to the progress it has made with the W13 car heading into the second half of the year.

Mercedes trackside engineering director Andrew Shovlin told Autosport that the team opted to snub short-term fixes for the porpoising problem, believing the longevity of the regulations meant it had to take the early-season pain to ensure the issues were fully understood.

Asked if he agreed there was value in going through the short-term pain, Wolff replied: “I'd rather not have been there.

“We managed to turn around. Some things are more trivial than you think. Other things were important to get on top of [such as] the porpoising, which we have none today.

“Because if the top engineers don't really understand why the data are not correlating with reality that's not easy.

"You're lost. But it's not the feeling of completely being lost. But you're thinking, how long is this going to take to comprehend? Because we have a next season approaching. You're like, ‘we need to get on top of this quickly, because next season's car needs to get out of the blocks.’”