Toto Wolff says it is good for a "little dirtiness" to be part of Formula 1 racing, but does not want it to happen within his Mercedes team

After high-profile incidents and stewards investigations in Canada and France, aggressive fights between Max Verstappen and Charles Leclerc in Austria and Britain went unpunished.

Mercedes team principal Wolff also watched his drivers Lewis Hamilton and Valtteri Bottas fight for the lead at Silverstone, although with more restraint than Verstappen and Leclerc.

F1 officials appear to be showing more leniency to allow for harder racing, which Wolff is a fan of but says "I don't want to see anything of this in an intra-team battle".

"I have no doubt that these guys know how to race each other," said Wolff.

"To take it another step is fair enough if you race another team. 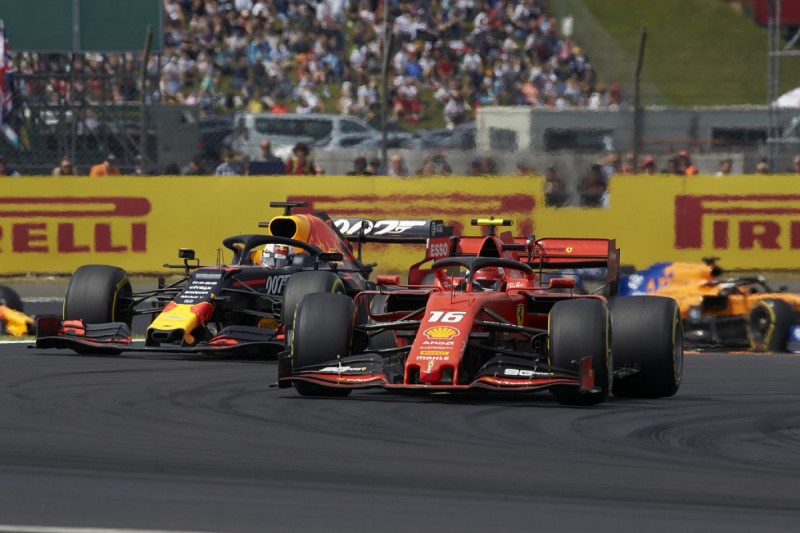 "But I thought it was very good racing between the two of them, certainly very entertaining, and nobody could say that there wasn't hard defending, but it wasn't dirty.

"And I think what we've seen between some of the other drivers is borderline dirty.

"There's always a little dirtiness in us that we want to see out there.

"In racing, it's good when it's drivers going against each other. But not in the team."

Verstappen passed Leclerc for the win in Austria with a move that included wheel-to-wheel contact, but the stewards opted not to penalise that because they judged Leclerc played a part on that outside.

In Britain, it was Verstappen who ran off-track after wheel-to-wheel contact with Leclerc, and he retained his position using the run-off - which was not looked at.

Asked by Autosport if the stewards' decision in Austria was already enabling harder racing, Wolff said: "Yeah, you can clearly see that the Leclerc/Verstappen incident of Austria is being interpreted exactly in the way it was in Austria, and hard racing is permitted.

"You can push somebody out while exiting the corner.

"I think this is how it is allowed in most of the other formulas, and it needs to be between teams.

"I think that's what we all want to see. It is hard racing, but it's something we need to do."