Following the pandemic and the war in Ukraine, inflation in several European countries has soared to its highest level in decades and the increased energy and transport costs have made it tough for F1's top teams to stay under the $140 million budget cap, with budgets allocated well before the Ukraine invasion began.

Teams already operating at the budget cap, such as Mercedes, Ferrari, Red Bull and McLaren, would risk breaching the regulations without drastic measures to further downsize their teams and are pushing for a temporary adjustment to account for the extraordinary increase in utility and freight bills.

Outfits still working their way up to the budget ceiling are less keen to raise the cost cap and are worried increase the limit would negate the progress that has been made to bring teams closer together.

Haas team boss Steiner warned that "F1 shouldn't change the budget cap and up it because this is actually good for the racing in the midfield now", although he was willing to consider a temporary allowance for freight costs, which can be monitored by the FOM.

Mercedes chief Wolff stressed that he doesn't want F1 to lift the ceiling just to "outmanoeuvre" the smaller teams, but said he wanted to pass some of the extra allowance on to the team's staff to adjust their salaries for inflation.

"It's not that we want to generate more profit, it's literally allowing people to have their salaries compensated for the extraordinary inflation they are suffering from," Wolff said.

"So, it's not that we suddenly want to have more, but let's stick to the fact when we entered the year and the premises that we ended the year and then let's look at the numbers now. And then hopefully we can find a way to adjust.

"I think the worst for the sport is having a stubborn position that some of the smaller teams think that the big ones are trying to gain an advantage and we're actually going to screw them by not allowing them to do this and us on the other side seeking to lift the ceiling, which we don't want to do.

"And I can tell you from my position as a team owner, I don't want to lift the ceiling just to have a cost cap ever increasing and basically outmanoeuvring the initial concept, but I want my people to be well paid especially in such tough circumstances." 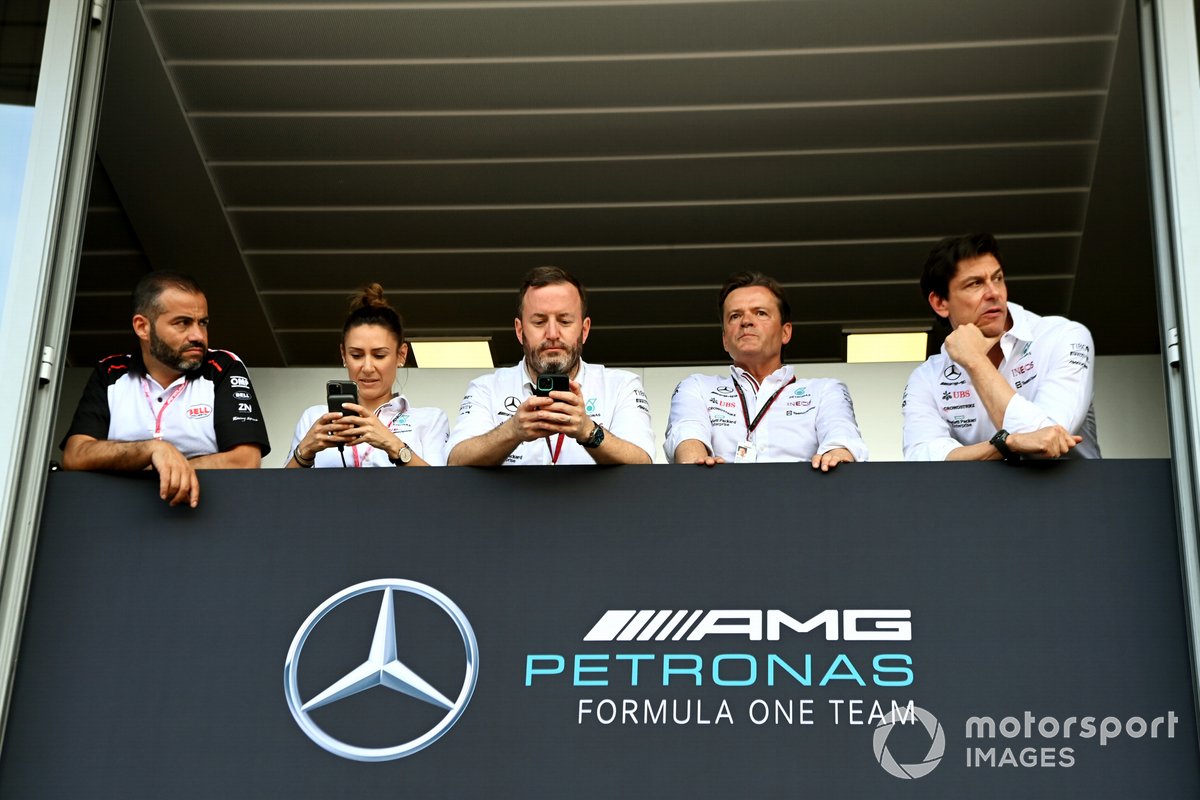 To avoid the risk of F1's bigger spenders funnelling any extra budget towards development, Wolff says it is straightforward to monitor the team's accounts and ensure only energy and freights costs are covered, estimating the increase in costs at around £8m.

"I think what we can demonstrate is very easy, our energy costs in Brackley have gone up from £2.5m to £6.5m, our freight costs in a similar way, I think it's two to six. Black and white, you can follow that on the accounts, look at it in the P&L.

"And this is what we're asking for in terms of an adjustment, which would then allow us to pass some of that over to increase wages."

Mercedes went through what Wolff called a "painful" downsizing exercise to meet F1's current cost cap and he said revisiting that process, in case no compromise can be found, is the last thing he wants to do.

"We want to avoid under any circumstance reorganising and restructuring the big teams again and in a way that would be really damaging for us as a team and for the industry," he explained.

"The cost cap was introduced for specific purposes to allow the small teams to spend the same amount as the big ones. There shouldn't be a bargaining every year to lift the cost cap up, but I think we are facing an exceptional situation."

Porpoising: A lesson from history and one of F1’s greatest teams