Mercedes Formula 1 boss Toto Wolff says 'curveballs' thrown at lawyers have delayed his team finalising a contract with Lewis Hamilton, but he has no doubts it will get sorted

The German car manufacturer has been at the centre of intrigue over the future of Hamilton, with the world champion's current deal having run out at the end of the year.

But while there has been speculation that the discussions have hit roadblocks, Wolff is more calm about the situation.

He says that the discussions have been complicated by the fact that he and Hamilton have been unable to meet face-to-face, which has slowed down discussions as contractual matters pass through their legal teams.

Speaking to Austrian broadcaster ORF, Wolff said: "The lawyers are working hard. We don't make life easy for them, of course, when we both argue over Zoom and keep sending curveballs to the lawyers.

"But he's in America now and I'm here. At some point we will finalise it."

Wolff said that while the logistics of getting the deal done had slowed things down, he did not sense there was any major obstacle to the contract getting over the line.

"It's how it is with negotiations," he explained. "You always come from different corners, but that's quite normal. 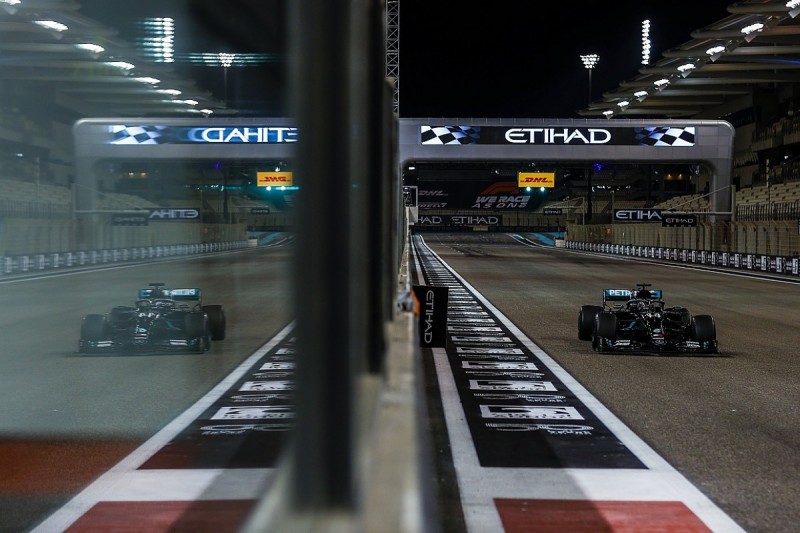 "We have a really solid basis in our relationship. We have celebrated great successes together and want to continue doing so in the future.

"But sometimes you have to talk things out in detail, and that took or still takes us some time. But before Bahrain at the latest, you have to sign something at some point."

Wolff has also made clear that the speed shown by George Russell, when he stood in for Hamilton at last year's Sakhir Grand Prix, has not been used as a negotiating tactic to try to gain an upper hand with salary terms.

"We never played the George Russell card," he said.

"He did incredibly well and will one day be in a top car, but our long-standing partnership is not at all about making any threatening gestures.

"We know we want to race together. And now we have to negotiate the contract."

Wolff revealed too that he had been put out of action for a while recently after contracting coronavirus on a break in Austria.

Speaking at last weekend's Kitzbuhel downhill ski race, Wolff said: "We had planned to be here for a few days. And out of nowhere I got a positive corona test. Now we've just been here for 10 days.

"But everything's fine. No symptoms, thank God. It could have gone badly, but we're out of quarantine."