Mercedes Formula 1 team principal Toto Wolff says the team's lack of top speed in Baku is the result of a draggy "parachute" of a car coupled with a return of its bouncing issues.

As was the case in the Monaco Grand Prix, Mercedes drivers Lewis Hamilton and George Russell suffered from severe bouncing in free practice for the Azerbaijan Grand Prix.

Russell finished FP2 down in seventh 1.3s from leader Charles Leclerc, while Lewis Hamilton followed three tenths behind in 12th.

The team mainly lagged behind on the top speed charts, being anywhere between 11 and 20km/h down on its rivals on Baku's huge 2.2km straight, which according to Wolff cost the team up to a second per lap.

Wolff said his drivers felt like there was a parachute flopping behind the W13, which allied to the bouncing issues restricted the car's top speed.

"We have a car that is too draggy, so the drivers made the comment that it seems like we have a parachute behind the car. So between the draggy car and the bottoming this is the main deficit that we are seeing here on the straight," Wolff explained.

"Others like Ferrari has it too, even a bit worse, but on the different pieces of the track we are bottoming out badly, which affects our aerodynamics and affects our straight-line speed greatly. And as a consequence, the ride is not very good. 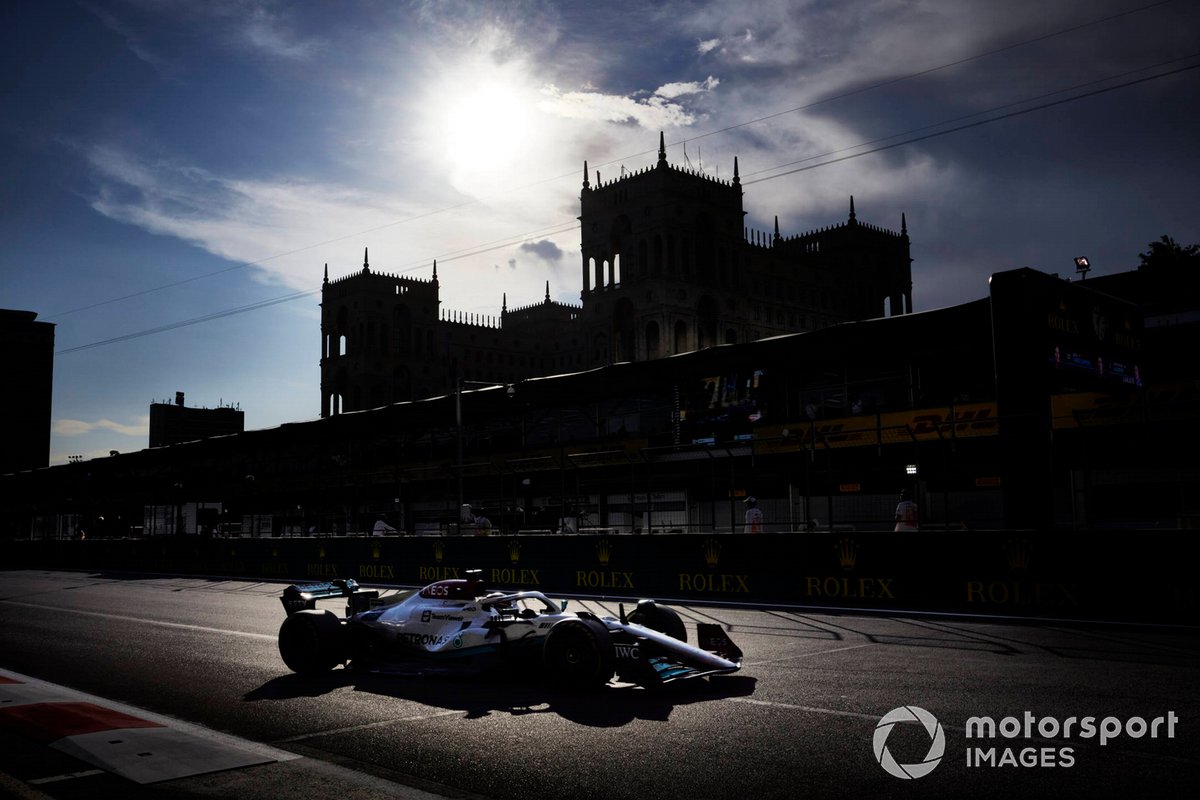 "And this can cost several tenths and yesterday we were losing a second on the straights to Ferrari and Red Bull.

While Ferrari and Red Bull are benefiting from more powerful engines than last year, Wolff doesn't believe that its power unit, a traditional Mercedes strength, has suddenly become a weakness and is a factor in its top speed deficit.

On the one occasion the car was not facing its dramatic porpoising issues in last month's Spanish Grand Prix, Hamilton and Russell suddenly featured much higher on the top speed charts.

"I think our engine guys did a great job in understanding how we can optimise the software and the deployment of the power unit since the beginning of the year so our problem here is not the engine," Wolff said.

"In Barcelona we had a big rear wing, and the car was pretty stable on the straight and we were among the quickest, but there is never one thing and certainly the engine is not the area I want to point at."