The high-speed nature of the Spa-Francorchamps circuit is expected to suit the longer-wheelbase characteristics of the Mercedes W08, which has excelled on similar circuits this year.

But with fluctuations in form so far this season, and Ferrari having dominated the previous Hungarian Grand Prix, Wolff says his outfit must take nothing for granted this weekend.

"On paper, people will assume that Spa should suit our car because it is a circuit where aerodynamic efficiency is extremely important," said Wolff.

"But assumptions are dangerous - we have seen too many times already this season that the form book can be rewritten from one weekend to the next.

"So we will be making no assumptions; we have to tick off the items on our work list and make sure we do the best job to maximise our potential points score.

"The motivation and determination in the factory are greater than ever.

"Hungary showed the strength of our team - and we intend to use the second half of this season to prove that strength." 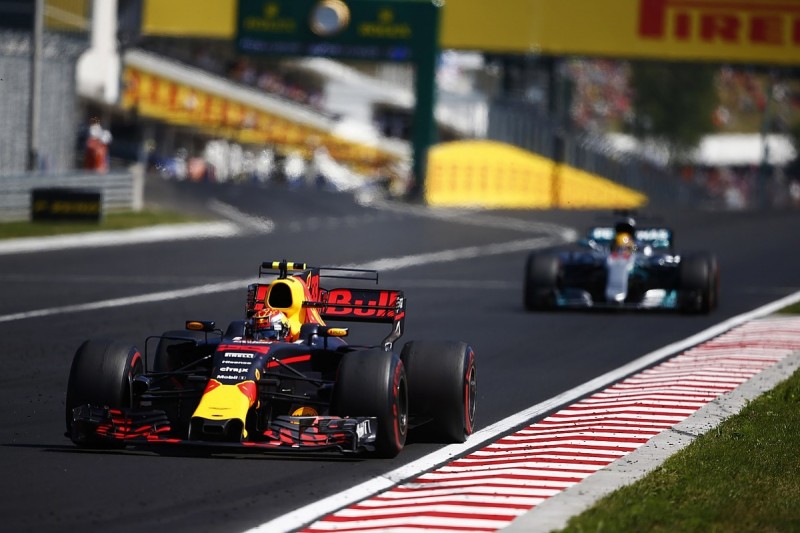 Although the world championship fight is being fought exclusively between Mercedes and Ferrari, Wolff is mindful of the growing threat from Red Bull for individual race wins.

The Milton Keynes-based outfit had a disappointing start to the campaign but has gained performance on the back of recent upgrades, and was particularly competitive in race trim at the Hungaroring.

"From what we have seen in the first half of the season, the competitive balance will swing one way and another from circuit to circuit," added Wolff.

"Red Bull will be a threat if they can build on the performance they showed in Hungary.

"So we need to keep our heads down, stay humble regarding our strengths, diligent about our weaknesses and take the season weekend by weekend."

Volkswagen: F1 is on a 'dangerous path' with current costs