Williams has revealed images of its 2020 Formula 1 car, ahead of the start of pre-season testing at Barcelona this week 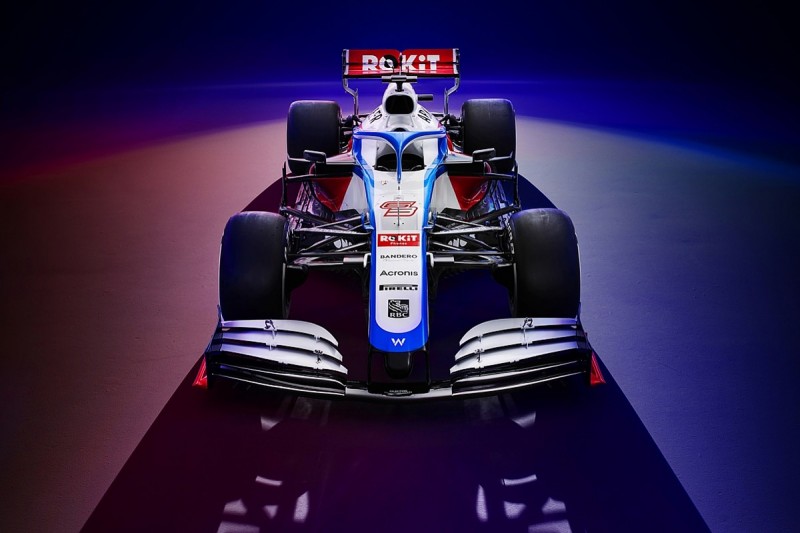 The Mercedes-powered FW43 will be driven by George Russell and rookie Nicholas Latifi this season, who replaces DTM and Alfa Romeo F1 reserve-bound Robert Kubica.

The car's livery has been significantly revised from the predominantly white and blue colour scheme from 2019 for the new season.

Williams is coming off the back of a disappointing 2019 campaign where it finished last in the constructors' championship thanks to a single point scored by Robert Kubica.

The outfit endured a particularly difficult start to the year when its new car was late for pre-season testing and it parted company with then technical chief Paddy Lowe soon after the start of the season.

It ended the season last in the constructors' table with a single point, courtesy of post-race penalties for the Alfa Romeo team during the hectic German Grand Prix promoting Kubica into 10th.

Its pre-season problems prompted the team to change its processes and conduct a reshuffling of staff, and it is all set to make the start of testing on Wednesday.