As per the regulations, the tyre temperatures on a number of cars were taken after the five-minute signal prior to the start of the race.

The right-rear on Massa's Williams was measured at 137 degrees centigrade, 27 degrees above the maximum limit set by Pirelli, while the corresponding tyre pressure was 0.1psi above the minimum.

As a result, the FIA chose to exclude Massa, who had crossed the line eighth in his home race, from the results but Williams has appealed.

"The notice of appeal that we will make is based around the fact we have three independent temperature readings and all of them say how we are within the limits set by Pirelli and the prescriptions for this event," said Williams performance chief Rob Smedley.

"The other three we have are of less consequence."

Smedley said the data from the team's independent sensors, one of which he says is exactly the same as the one the FIA uses, show the temperature to be significantly lower than the FIA's reading.

"We have two independent sensors, the first one is the PT1000 which sits inside the tyre blanket and tells us what the surface temperature is and that one was always in compliance with the regulations.

"The last time we could read it, when they took the set off to the grid, it was about 104 degrees. 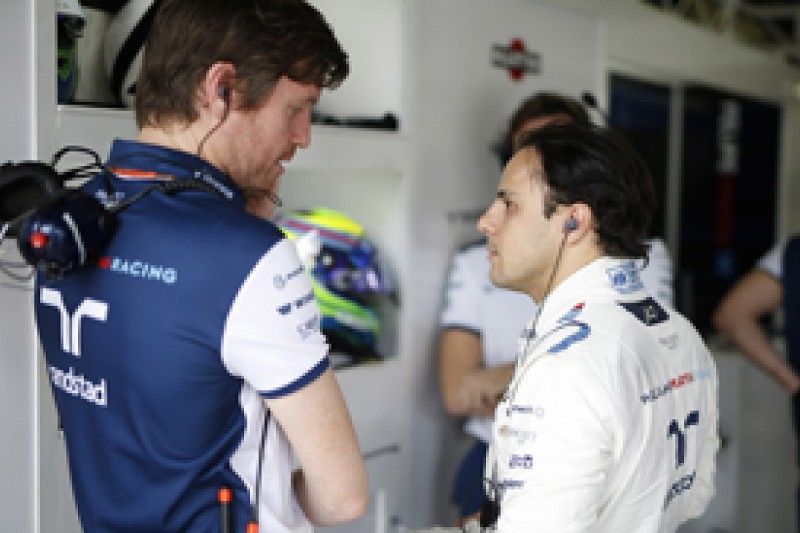 "So we have two independent sensors which both say we were in compliance with the regulations and we have data to back that up.

"We have also bought exactly the same sensor that the FIA uses and we do random checks throughout the weekend to make sure this does not happen.

"For us it's quite critical for us that we understand where his problem is.

"We have three independent temperature measures and none of them give anything like the measure the FIA took on the grid."

When asked if the tyre pressure reading should have been higher if the FIA's alleged tyre temperature was correct, Smedley said: "Yeah, it should be.

"If it was 27C higher, we would see that. You're probably talking around two and a half to three psi higher. But the bleed the engineer did on the grid was entirely normal."