Williams Formula 1 boss Jost Capito says that the team has to solve its qualifying issues in order to show the true potential of the FW44.

At the last race in Miami, Alex Albon featured in the top 10 in practice but a problem with tyre temperatures in qualifying – specifically balancing the front and rear axles – consigned him to 18th on the grid.

From there, the former Red Bull driver recovered to 10th, before gaining another position through a penalty for Fernando Alonso.

Albon has had little luck in recent qualifying sessions. In Australia, tyre temperature issues and traffic consigned him to 16th, before he was demoted to the back of the grid for not having enough fuel to provide a sample. From there, he recovered to 10th with a bold strategy of pitting on the last lap.

At Imola a brake issue meant that Albon could not do a competitive lap in qualifying, compromising his whole weekend, although he said afterwards that his drive to 11th was just as good as his Australian points finish.

"It's difficult to get points when you're qualifying in position 18/19," Capito told Autosport.

"So you need some luck as well, that something happens ahead of you. But still, the race speed and the race performance of the car is really good.

"Alex did an outstanding race again [in Miami], he is a fantastic race driver, and he can show that. And it shows the potential of the car, that you can go the speed of the midfield in race speed, we just have to solve the qualifying, and get that better result.

"A race like Miami, you know things can happen and you just have to keep out of trouble.

"I think that's very difficult for the drivers is that not to push too hard, but not to be too relaxed as well and be there when it counts. And Alex is brilliant in that." 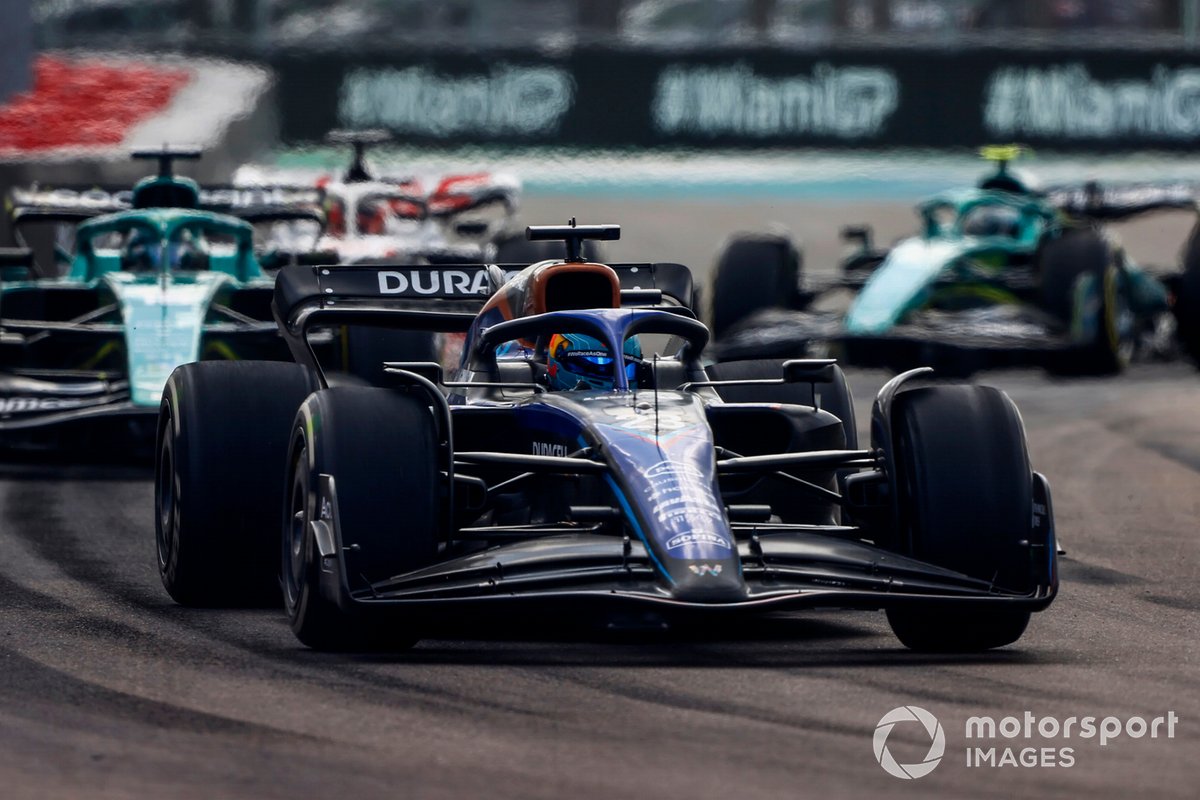 Capito conceded that the team has to do a better job with managing its tyres, having got its sums wrong in Miami.

"It was the tyre preparation, the track temperature was five degrees higher than when we have been on the track before," he explained.

"So we estimated you have to treat the tyres in a bit different way to heat them up.

"The front and rear were not in balance. And that was it. And if you have only two chances, and you don't get it right the first time, it's very tricky to get it right for the second time, because you get very much pressure."

Capito is pleased with the spirit in the Williams camp this year, despite some setbacks.

"Everybody was very disappointed after qualifying because if you are in top 10 through the free practices, and then you are 10 positions back in qualifying, it's disappointing for the whole team," he said.

"But you need the team to be still motivated and fighting, as it's not over before it's over.

He added that the team has now got on top of the spares situation, after some costly accidents earlier in the season.

"Now we're in a pretty good position, and coming back from Miami, where it's tricky not to damage anything, with no damage and points, was more than we hoped for."