Williams is planning to follow a "visibly different" Formula 1 car concept with a major update in the coming races to improve its current form.

Although Williams has managed to snatch three points so far this season, scored by Alex Albon in Australia and Miami, the team has largely struggled to compete with the rest of the midfield on a regular basis.

It has caused the Grove-based outfit to slip to the foot of the constructors' championship, now sitting 12 points adrift of both Haas and Aston Martin.

Williams has opted for a conservative approach towards its update plan, but is now looking to lift its form in the near future after committing to introducing a major update package.

Head of vehicle performance Dave Robson explained how teams now need to "get the best bang for your buck" when introducing update packages due to the budget cap, and the early stages of the regulations would see most new parts arrive "more or less as a big chunk".

Robson conceded Williams had brought "nothing really big yet" for the FW44 car, but confirmed it had now decided on a timeframe to get the first major package on the car.

"Yes, we have decided, and it has now been committed from the wind tunnel," Robson said in Baku last weekend.

"It's now just a challenge to get it manufactured as soon as possible. Hopefully that will be helped by not damaging the cars tomorrow, because that clearly is something you've got to be careful with. 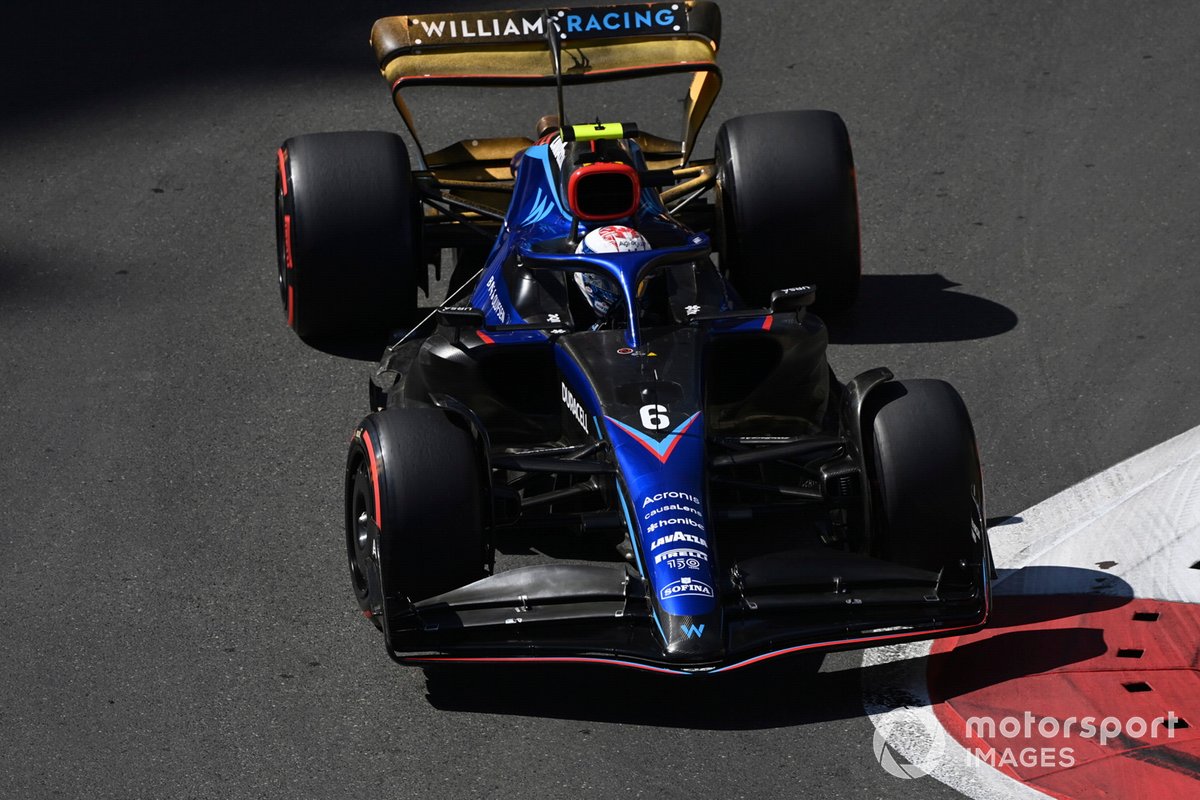 "The package is on its way. Exactly when we'll deliver it, hopefully that will become clearer over the next few days."

A number of teams in the midfield have already debuted major update packages so far this year in a bid to take a step forward and find more performance.

Aston Martin's form has improved notably since its Red Bull-style concept arrived in Barcelona, allowing it to leapfrog Williams in the standings.

The team had worked on two concepts in tandem for the introduction of the new regulations, and found the new path it has taken has given the AMR22 car a wider operating window.

Asked by Autosport about the challenge of weighing up concepts for the long-term and short-term, Robson said the team was now committed to taking a different direction with the car for the remainder of the 2022 season.

"We really started from the front wing and working backwards, I'm sure there's plenty of different ways you can do it and we don't know what's best yet," Robson said.

"In terms of short-term and the rest of this season, I think we're committed to a concept that will be slightly different, visibly different, to what you can see now."

Will the FIA listen to F1 drivers over long-term health fears?

Why ‘unfair’ F1 porpoising rule change needs to be looked at