George Russell gave the British team a welcome boost heading into F1's summer break by earning its best qualifying result of the season, one week after the introduction of a significant upgrade package.

Williams's position at the back of the grid means it has bigger gains to find than its rivals but it has taken time to ensure it is developing its car in the right way.

"As an engineer it's a very, very complex equation to deal with.

"We do take satisfaction but we do know the gradient should be higher for us because we're coming from behind.

"You need to keep perspective all the time. You have to keep it all in check."

Williams has not set itself specific aims or a timeline of when it wants to have achieved certain results, but has loosely targeted progressing to the front of the midfield battle.

Carter added: "We need to get to a position where we can develop faster than other people.

"The whole paddock is full of smart people so we need to be smarter than them.

"That's ultimately our goal. In order to beat the competition that's what we need to do.

"We are already seeing changes in terms of our ability now."

One area in which Williams has placed extra scrutiny is the efforts of its trackside team in correlating data from the factory. 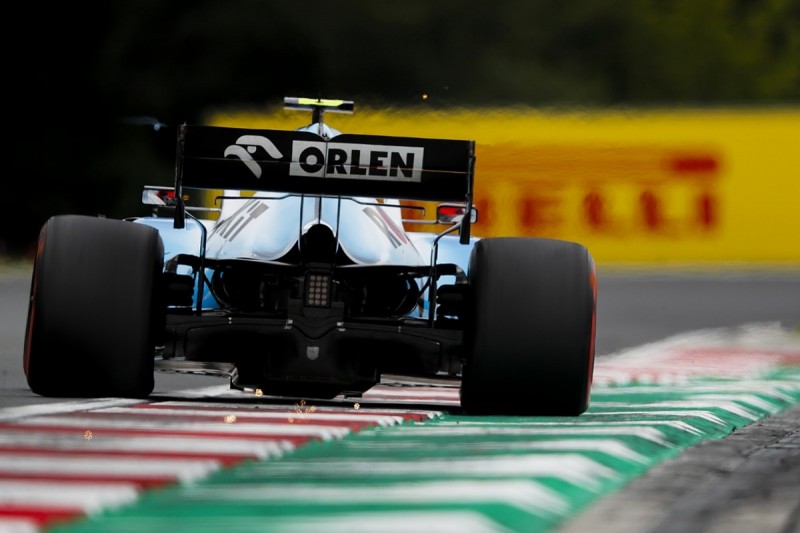 This means spending 40 minutes in FP1 on one set of tyres performing data gathering, which was important in Hungary to follow up the introduction of its upgrade package in Germany.

"When we talk about the philosophy changing, we're not just talking about the aerodynamic philosophy of the car, the whole approach is a bit different.

"We give up more track time at the beginning of P1 for gathering data. And that's something that's a bit new for us."

Carter said it was important for Williams to make sure that when the team needed to "formulate a new strategy", it was not restricted to car development.

He highlighted the work Williams has done in developing aero-rake technology, which enhances the testing it is able to conduct at the track to assist development at the factory.

"So now as we do these development tests and correlation tests the data quality and quantity are both off the scale compared to where we used to be," he said.

"You need the tools to process that data at the same rate as we gather it as well.

"You have to have matched gear pairs across the whole business.

"Now we go round the whole loop a lot quicker. It's not just about designing the car, it's designing the tools to design the car."