Williams' encouraging Imola pace has strengthened the Formula 1 team's belief that it will get more opportunities to score points in 2021, according to Head of Vehicle Performance Dave Robson.

Williams endured a disastrous Emilia Romagna Grand Prix, with both its drivers suffering sizeable accidents in a chaotic wet-dry race.

On the opening lap Nicholas Latifi thumped the wall after colliding with Haas driver Nikita Mazepin. Halfway through the race George Russell crashed into Valtteri Bottas after attempting to overtake the Mercedes driver.

Despite a "deeply frustrating" double DNF, Williams has taken some solace from the encouraging pace its car showed at Imola.

In qualifying both Russell and Latifi made it through to Q2, while Russell was fighting a Mercedes for ninth place at the time of his accident. 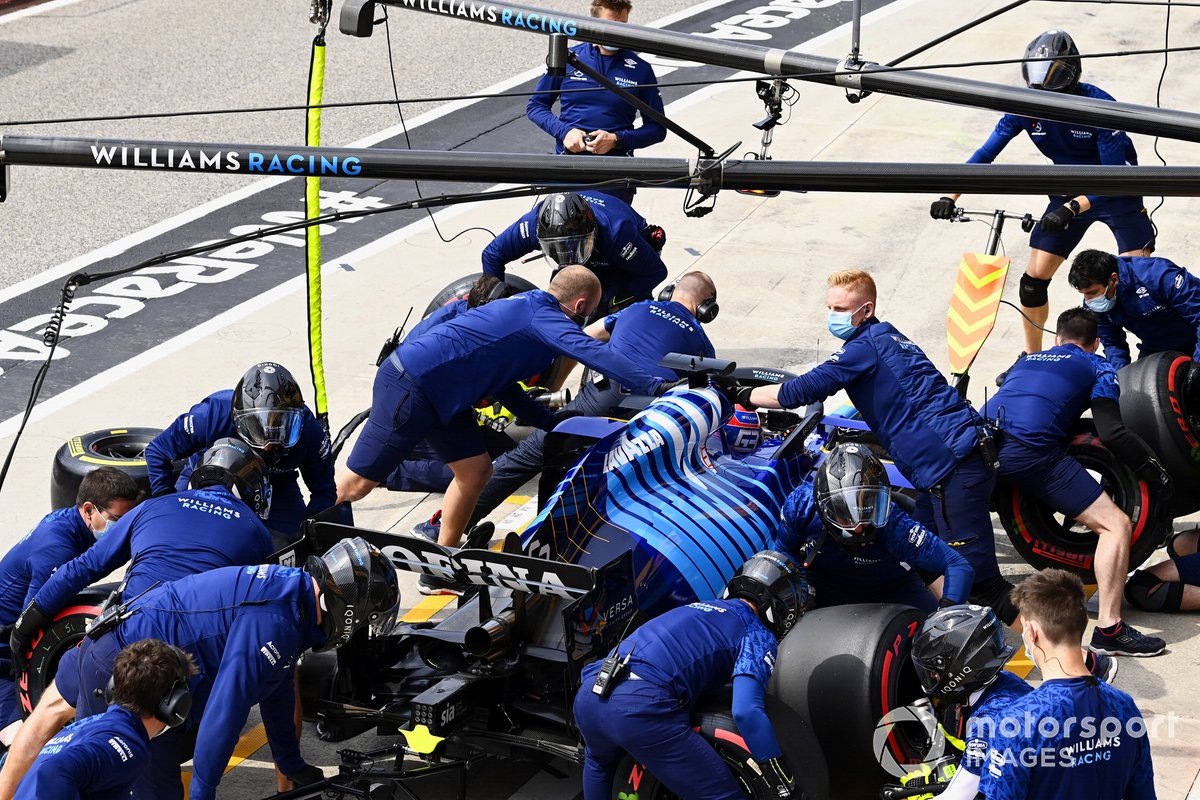 "It has been a day and a weekend of mixed feelings," said Head of Vehicle Performance Robson.

"Qualifying couldn’t have gone a lot better. Obviously Tsunoda made a mistake, which was a gift for us, but otherwise all the places we got were achieved on merit.

"Today we really thought we had a good chance to score some points. The mixed conditions at the start were not really ideal but I think we took them in our stride and we made some good decisions.

"And then to finish with nothing is obviously deeply frustrating. But I suppose the only positive is the car was good, the pace was good.

"At least the accident came as a result of us attacking, and of all the cars to attack it was the Mercedes, which is not something we’ve been able to do for a long time."

Williams' improved showing in Imola has given the Grove team hope that it will get more opportunities this year to score points, something it hasn't achieved since the 2019 German Grand Prix.

When asked if he was bullish about the rest of 2021, Robson said: "I don’t know about bullish. I think happy in that the car did perform well.

"I think there are going to be circuits ahead where the car behaves more like it did in Bahrain [where Williams' only finisher Russell finished a distant 14th] and some where it’s more like here.

"I wouldn’t say I was bullish for every upcoming race but definitely pleased to see it behave better here and know that we’ve got some opportunities coming.

"I don’t think we’ve relied on a great deal of luck this weekend. I think we were there on merit.

"This circuit maybe suits us pretty well, but I think there’ll be others that will as well."