Jost Capito says Williams is helping Alex Albon to be “more of a fighter outside of the car” during his first Formula 1 season with the team.

Albon made his return to the F1 grid this year after spending last season in a reserve role with Red Bull, having been dropped from the team’s line-up after a difficult 2020 campaign.

Albon has impressed throughout his time at Williams so far, scoring all three of its world championship points this year with runs to 10th in Australia and ninth in Miami.

Both results came despite Williams’ struggles to compete with the midfield on a regular basis, with Albon regularly outperforming team-mate Nicholas Latifi.

Albon said last week in France that he felt he had regained his confidence at Williams, quickly getting on top of the FW44 car and settling in at the team.

Williams F1 boss Capito said he had been “very impressed” with Albon, calling him “a very nice guy and very well behaved outside the cockpit”, but that the team was pushing him to show more of his on-track spirit off-track as well.

“When he closes his visor he becomes a real fighter,” Capito said.

“Then we develop him and say, you can be also a bit more fighter outside the car, when you talk to the engineers be a bit more tough with them.

"I think now, as the relationship with the driver and the engineers gets closer, this also gets much better.

“But we are very impressed with him. The year out of the car made him very well understand how the dynamics of a driver and the team works.

“He has seen the team working with the drivers from the outside, and I think that helps him a lot.” 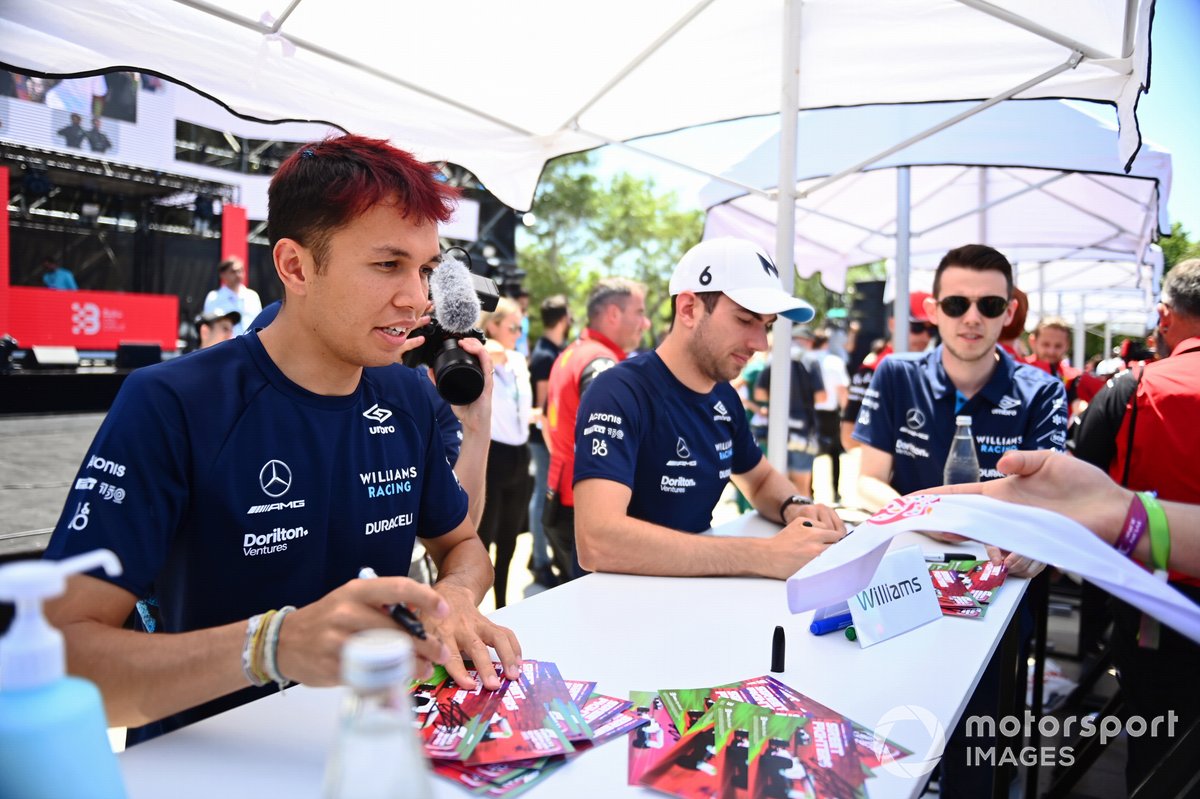 Williams is yet to confirm its driver plans for next year, but the team looks set for a shift in line-up as Latifi is expected to leave at the end of the season.

Albon said that with both Red Bull and its sister team, AlphaTauri, set to continue with their existing line-ups, his focus was on extending his stay with Williams.

“Those talks are still going on,” Albon said.

“It's no secret to Red Bulls and AlphaTauri seats are kind of settled and done. I had a great year so far with the team. I really enjoy the people around here

“Of course we're not where we want to be right now. But I feel like we need kind of continuous effort to improve the car. I see myself focusing on this season first, and in the future, we will see.”

Albon has managed to reach Q2 at each of the last two races, and spent much of the French Grand Prix last weekend on the fringes of the points, which he felt showed the boost offered by the recent car updates.

“Probably before, [reaching] Q2 was if people made mistakes, and now that’s two races in a row where we’ve got into Q2 on merit, so I’m happy,” Albon said.

“I’m not going to say Q2 is going to happen every time, but I feel like we go into qualifying aiming for that. For Nicky and myself, that’s great, that’s what we want to be doing.”