Williams has found a "fundamental" fault with its 2019 Formula 1 car that can get it closer to the pace, reckons George Russell, but it could take months to resolve

The team has been at the bottom of the timesheets throughout the Australian Grand Prix weekend and was 1.3 seconds adrift of the next slowest car in qualifying.

But Russell said a major issue has been identified that could mean a decent step forward.

"There is one fundamental which I don't want to discuss publicly," said Russell, who will start 19th for his F1 debut.

"We understand what that is, but it doesn't mean we can wake up on Monday morning and rectify it.

"To change something so fundamental will take months of development, work in the simulator and designers working out how to do it, and that is what needs to be done at the moment.

"Unfortunately we are looking at a number of races before we are going to be able to fight, and that is just where we are at the moment."

Asked how big a leap forward that change could produce, Russell said: "I think once we have solved that fundamental there will be a big leap.

"We will probably still be at the back of the grid, but with the chance to fight rather than like it is at the moment. The fact is we don't have any hope because we are too far behind."

While Russell is optimistic a turnaround can be achieved, team-mate Robert Kubica was not getting too excited about the possibility.

Asked if he thought a solution could be ready in a few months, Kubica said: "I don't want to put numbers [on it] because last year I think we knew even earlier what was a fundamental problem of the car, and for all year it stayed more or less the same.

"We are all in a line with feelings, with where we have to work. But probably because I am more experienced, I will never say it will take two or three months. No one knows.

"I hope it will take only two or three months, but I cannot say it. I don't know." 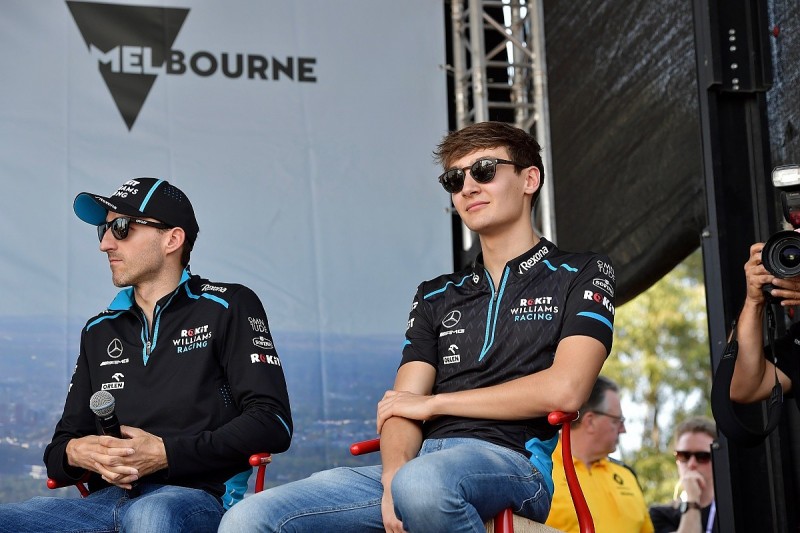 Russell was very happy with what he had managed personally in his first F1 qualifying session.

"All three laps in Q1 I crossed the line with a smile on my face, and really felt like I got the most out of it," he said.

"But obviously overall we want more than that and obviously I want to be in the car longer than just the first 18 minutes of Q1."

Asked if qualifying was the first time he had found the limit of the Williams, he said: "I think Barcelona I was probably at 99%, but today I think that was our maximum potential. Positively or negatively.

"Positively in the sense from my side and my engineers, we did our job - which was get the maximum out of the package we've got, so that was very satisfying.

"But obviously this is the first race, and the main job now is to really help the team understand the weaknesses and how to go forward, because I've got no interest in fighting Robert for 19th place.

"We want to work together to push the team forward."

Kvyat: Vettel qualifying off could've contributed to me missing Q3