The team has undertaken an extensive review of its working practices after slipping to the back of the F1 grid in the last two seasons, and deputy team principal Claire Williams has said this year that it has returned to base principles in some areas.

After a slow start to 2019 because of a late car build, Williams introduced a significant update package in Germany and enjoyed its most competitive performance of the year in Hungary, where George Russell challenged for a Q2 place in qualifying.

Adam Carter, Williams's chief engineer of vehicle programmes, told Autosport: "The biggest challenge I would say, is that you can continue to turn the handle on the machine that you've got, or effectively you have to stop the machine and reconfigure the machine and set it going again.

"In this industry things are constantly evolving, and you're in competition, and you have to make a conscious decision to stop, rebuild and then start going again for the greater potential and opportunity afterwards.

"That, for me, is one of the hardest things."

Williams's decision to trade short-term performance in order to prepare itself better for future seasons has been described by Russell as taking two steps backwards to move three steps forward.

The rookie's pace in Hungary was the first evidence of that progress.

Williams senior race engineer Dave Robson told Autosport that Hungary was "a big step" and part of "steady improvement" over the course of the season.

He described it as "testament to an awful lot of work both at the factory and here".

"I wouldn't say everything was completely vindicated yet," Robson added.

"We'll have to see what happens at Spa and beyond, but I think the progress is there." 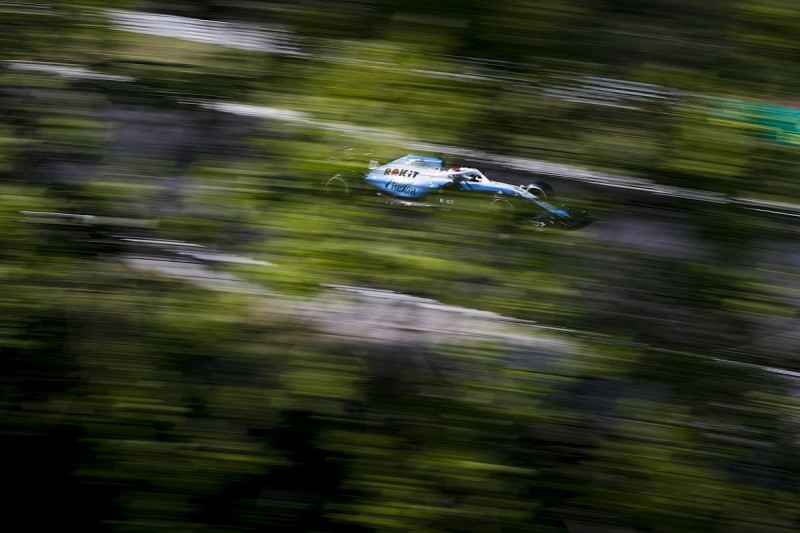 Williams scored a podium as recently as 2017 but has been leapfrogged by the rest of F1's midfield teams since then.

It finished last in the championship in 2018 and is on course to repeat that performance in '19, but Carter is encouraged by having the "building blocks" in place to make further progress - and adapt better to changing circumstances along the way.

"As Dave says, this is a data point on that journey, there's still an awful lot of work to do to get to where we want to be," said Carter.

"It doesn't matter how far we've gone down the path. It answers a few questions, raises a number of other questions.

"You set down the path of a strategy and you constantly assess your progress along it, and change your strategy as the environment is changing."