Smedley attends all the grands prix and is responsible for running the Williams cars at the track, reporting to chief technical officer Pat Symonds.

When asked if Smedley might spend more time at the factory in 2017 amid rumours of a change of position, deputy team principal Williams said: "Those are conversations that we may or may not be having.

"With all our personnel we have to decide where their technical ability is best placed, and that's not from a negative perspective.

"Sometimes that's not necessarily at the track, that could be back at the factory in a bigger role so we'll wait and see."

Smedley joined Williams in 2014 from Ferrari as part of an overhaul of the team's engineering department.

That resulted in an upturn in form as it finished third in the constructors' championship in 2014 and '15. 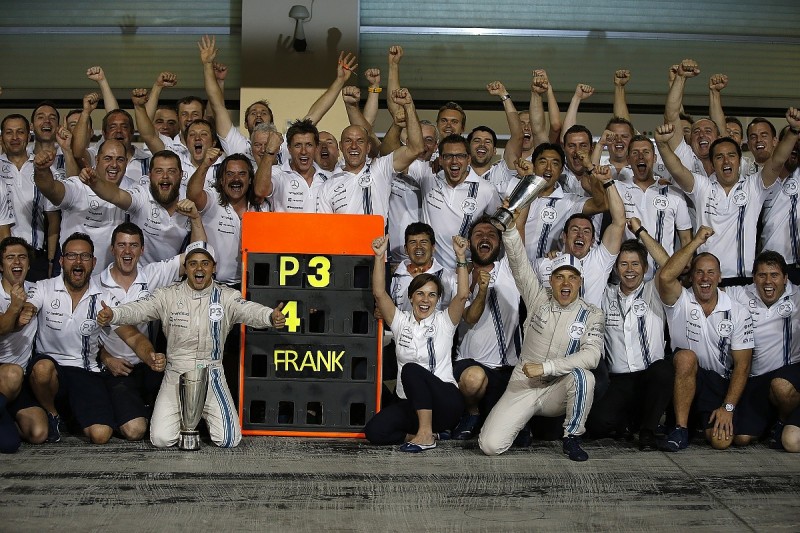 But this season has been tougher, with the rate and quality of development falling below par and Williams ending up fifth, behind Mercedes, Red Bull, Ferrari and Force India.

Despite the challenging season, Williams praised Smedley's contribution over the last three years.

"Rob has done a fantastic job ever since he joined us and I don't envisage any changes," she said.

"He's a really important part of this team.

"Not only is he really strong technically, but he's also a very passionate person and that's one of the things that I love about him and what this team needs.

"This team needs people who understand that winning takes sacrifices, making so many sacrifices and putting in every single bit of blood, sweat and tears you have in your body to win.

"People like Rob have that. That is the DNA that runs through Rob Smedley and I don't want to lose him."