The Williams Formula 1 team has been focused mainly on developing its 2018 car for the past month, according to chief technical officer Paddy Lowe

Williams has been consistently out-developed by rivals since a strong first year under the V6 engine rules in 2014, and the team has decided to make "substantial changes" to its car design philosophy for next season.

Lowe admits the change of direction for next year has compromised this season, with Williams having focused principally on 2018 development since the end of the European leg of the calendar in September.

"We've got into a mode, going back a month or more, that we're only bringing to the car things that are relevant to next year," Lowe said.

"Mostly we what we're doing now is directed at 2018, so I don't think we're going to see any substantial shift from that. We've still got a few things coming to races ahead of us, but not substantial stuff.

"All the upgrades we've brought since September have had that characteristic, but I don't think that balance is very different to how it would be normally as a function of the design we intend for next year." 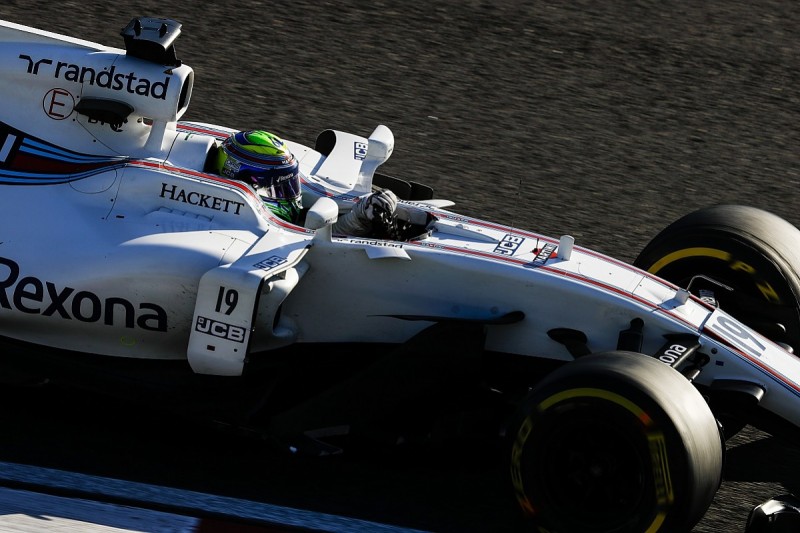 Felipe Massa has raced for Williams continuously since 2014 and says the team has not been able to develop its cars as expected for any of the past three campaigns.

Massa said: "The first year [was OK], then all of the other years it was the same as now - no improvement through the year, the way we expected to have.

"This year we started in a good way, and we didn't improve like other teams.

"Last year we didn't understand anything - we just couldn't improve the car through the year like other teams were doing. 2015 was the same.

"This year the same. We had many bits, but they didn't work. The team had to understand why it was not working, change some stuff.

"We still have the same parts, but now things are working much better. From Barcelona to maybe the race before Monza we had a car that was maybe the same as the beginning of the season.

"Now we are catching the other teams, but it's too late."

Williams brought a substantial update to July's Austrian Grand Prix, which did not work as expected for several races.

Lowe says all aerodynamic updates to the FW40 have delivered the downforce predicted, but have sometimes been difficult to get working correctly within the set-up parameters on the car.

"We haven't had anything that didn't really work," Lowe added.

"There's no upgrade that we've brought this year that we haven't carried forward, albeit we had to do a range of experiments to get the best from it from a set-up point of view.

"We have lost ground, but that's not because things didn't work. It's because we haven't developed at the rate we should have done."

The internal curse holding Ferrari back