Williams F1 team would do 'much worse' without me - Felipe Massa

Williams is assessing both Robert Kubica and Paul di Resta in its 2014 car between the Japanese and United States Grands Prix, although chief technical officer Paddy Lowe has insisted that Massa is among other drivers still in contention.

"It's frustrating that the team is trying to go for a direction that can really be much worse than keeping the same," said Massa.

"If you see Lance is growing a lot, so to be honest I'm really doing a great job with my driving.

"I think the team has a direction that can just be positive to keep the way it is.

"If the team changes something, they can pay more than it costs to keep me!

Massa believes that Lowe wants him to stay, but that financial considerations may prove decisive.

"I really like Paddy, and Paddy knows what is better for the team," Massa argued.

"Maybe it's not 100% his decision, and they have to make a decision related to some other stuff.

"That's why I think if Williams keep the direction they have now, they are behaving like a professional and top team. If not, they're thinking about different things."

Currently 11th in the championship, two points ahead of Stroll, Massa believes he could have been vying with Esteban Ocon for eighth but for a Russian GP puncture, early contact with Fernando Alonso in Spain and a suspension failure when in podium contention in Azerbaijan. 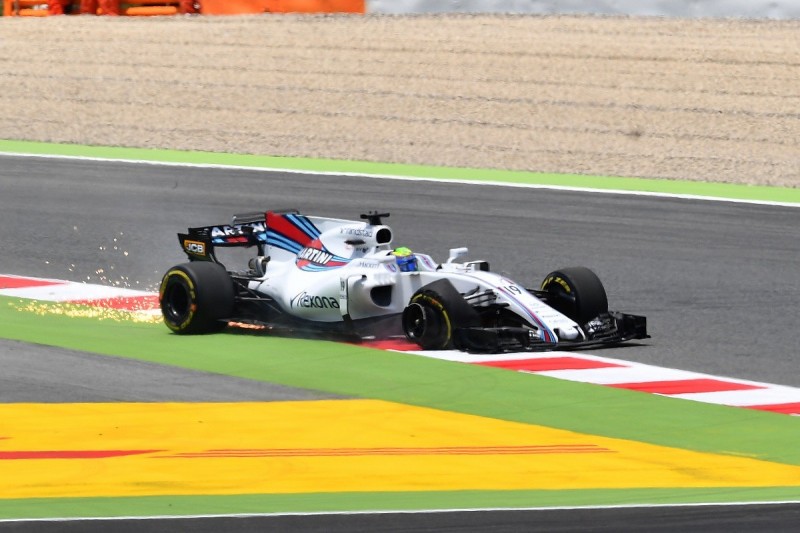 "Where I am in the classification in the championship now is not because of my mistakes, it is because of things that happened in three races, that I lost maybe 30 points," he said.

"The qualifying I'm just doing what I'm expected to do, and I'm really happy with my qualifying the whole season.

"If I had the right points that I'm supposed to have, I would have been maybe fighting very close to the Force India guys."

Massa said his motivation has improved during 2018 because he enjoys driving the new high-downforce cars.

"I feel I am taking the best out of the car," he said.

"I feel really comfortable driving this car. The car from this year for my driving style is a very good connection.

"The car from maybe the last three years, without the grip, just going sideways with the terrible tyres, is not a great pleasure, and maybe for my driving style I cannot give the best for different issues.

"Now I can, and maybe when you feel you are giving the best that you can give, then you are more motivated.

"So I still believe I can give, that's why I want to carry on."