Williams has been impressed with the work done by Pat Symonds since the Briton joined the team earlier this year, according to deputy team boss Claire Williams

Symonds joined the Grove-based squad in August as its chief technical officer, replacing technical director Mike Coughlan, who had began working with the team in June 2011 before being promoted to that role four months later.

Symonds had previously worked as a technical consultant for the Marussia team since 2011.

Williams admits Symonds' approach is exactly what her team needed after a poor 2013 season in which it managed just five points.

"We are really happy, the whole board is thrilled that Pat was available to come in," Williams told AUTOSPORT.

"He has done everything that we could have hoped for him to do over the past few months.

"One of the things that is noticeable about Pat is that he's a very considered individual, there is no panic, there is no stress. That's a sign he knows what he is doing because he's very much in control.

"And he's taking his time, there is nothing worse then someone coming through and doing a brush-through, you need someone to sit down, evaluate and analyse, make decisions and go from there, which is what he's doing.

"It is really great, this is where we needed to get to and we're so excited about next year."

Williams says the team's mindset has been transformed since Symonds' arrival, and has no doubts his influence will help the team move forward. 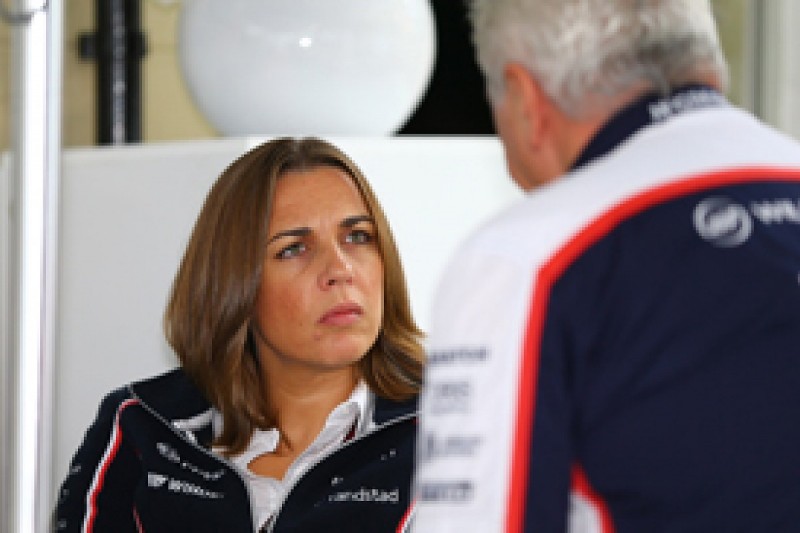 "He is a real mentor," Williams added.

"He listens to people, he goes round and has conversations before he makes judgements and decisions which is very important to everyone within the business.

"They needed someone they could go to, be open with knowing they would be heard and listened to. That has been really important for everybody.

"Coming in and banging your fists on the table isn't the approach to have and he certainly has not done that.

"When people heard we were bringing him in they thought it was fantastic. When you have someone with that level of experience, it shows we're serious.

"It has really shown around the team's mindset having Pat in the place, let alone what he can do now that he's started working with everyone."