The team was found in breach of the regulations when the right-rear tyre on Massa's car was discovered to be 27 degrees centigrade above the maximum imposed level.

The team launched an immediate appeal when Massa was excluded from eighth, but after further consideration, despite believing it had a good case, decided against pursuing it.

"I am absolutely convinced that if we did follow the appeal through, we would win it," said Williams technical director Pat Symonds.

"I remember from my time at Renault that we went to appeal several times and the amount of money we spent on those appeals was really significant.

"More importantly, it was the amount of time spent.

"If we had decided to follow the process through, there is no doubt that the appeal would have been heard at the end of the season and I think that's a terrible thing for the sport. 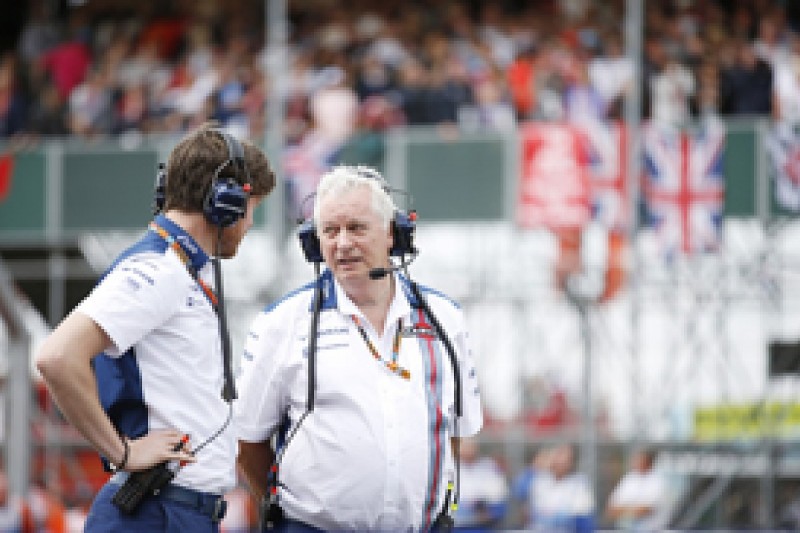 "There was no reason to do it. However, I think it's really important that we protect the reputation of Williams.

"Because the facts as they stand at the moment is that we have been excluded for breaking a regulation.

"Whether, with intent or by accident, it still reflects on our ability and integrity as a team."

Symonds highlighted three pieces of evidence that he says prove Williams did not break the rules.

"One of them is the infrared sensors that we have fitted and looking at the rear tyres," he said.

"As soon as the blankets were removed and the car started its formation lap, we've got readings from that.

"The second bit of evidence is that the temperature and pressure are connected.

"We had eight data points and the mean psi was 22.2 and the standard deviation was 0.5.

"That data includes the percentage on the grid so we are happy that the pressure in that tyre, once we had bled it out, was about where we expected it to be.

The third piece of evidence is based on an experiment Williams performed after the incident, which measured the temperature underneath the blanket and then when the tyre was exposed.

"When we took a reading from under the blankets, we saw a 135 degrees and when we then opened it up, it turned to 110 degrees."

Symonds says plans are to be put in place to ensure the system is more tightly regulated, especially given the relevant people in the team were not informed of the irregularity when it was spotted.

"Bear in mind this is a safety thing," he said. "If they felt the car was unsafe, they should have told us straight away.

"They said they did mention it to one of the mechanics but they couldn't remember who it was. You don't do that.

"My understanding is in future, the engineer in charge of car, if they want to measure temperature, he has to be present and witness it being done."