Williams's push to continue developing its 2013 car is not compromising next year's machine, according to deputy team principal Claire Williams

The Grove team has endured a disappointing season so far, and only scored its first point of the year in the Hungarian Grand Prix last month.

While Williams reckons it is important to continue working on the FW35 to understand the problems it has, the team must also focus on 2014, when radical new rules come into play.

Williams insists however that she has no worries that its 2013 development could affect next year's progress.

"No, it's bubbling along," she told AUTOSPORT. "We're lucky at Williams we have 550 people working for us and some of he best resources in the paddock.

"That supports us when we are having some problems with the car that we need to keep focusing on so we can improve it.

"We can't just turn round and say we aren't going to continue developing that car for the next season; we have to make sure that we are clever in the allocation of our resources so that we can maintain both projects.

"The 2014 work is going on behind the scenes and there are no concerns about this."

The team, currently using Renault engines, will switch to Mercedes power units for next year.

Williams is upbeat about the prospect of using the German engines, as she reckons they will be very competitive from the outset when the turbo era returns to F1 next year.

"We have had a great relationship with Renault in the past two seasons that they have been our engine partner, and prior to that. Everyone knows our history with them," Williams added. 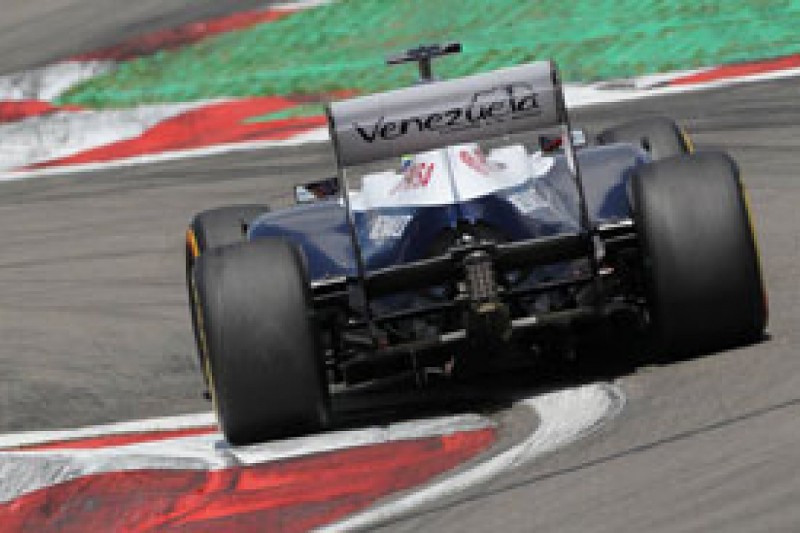 "But we had to make a decision for 2014 and in isolation we decided that the Mercedes engine and that relationship was where we wanted to be going into 2014.

"Time moves quickly in this sport and you never know what can happen down the line so the relationship with Renault will always remain amicable. But our relationship with Mercedes will be hugely important for us.

"Looking at where Mercedes are at the moment, they will have a really competitive package and we are really looking forward to working with them."