Williams believes its Formula 1 race pace is on par and could even be better than Haas and Alfa Romeo, labelling the teams "realistic" targets for the Mexican Grand Prix

George Russell qualified 0.224 seconds behind Haas's Romain Grosjean in Mexico, but both Russell and senior race engineer Dave Robson reckon Haas and Alfa Romeo are within its sights in Sunday's race.

Asked by Autosport if the two teams are an achievable target for Williams even if they don't suffer issues in Sunday's race, Russell replied: "Absolutely.

"We've seen it on many occasions where we've had the same if not better pace than Haas in the race pace, Austria, Monza, a couple of other races.

"So I think, definitely [it's possible].

"We'll just have to wait and see, wake up tomorrow, it's an incredibly tricky circuit, very easy to lock up tyres, if you lock up it's game over.

"Very easy to grain the tyres, once again, if you do that it's game over, so there will be some management needed, it will be a patience game I reckon."

Robson said in his post-qualifying team briefing that the Haas and Alfa Romeo cars were "realistic opponents".

He added: "I think race pace on Friday was certainly better than our low-fuel pace.

"We think we were close, even a bit quicker than the Haas.

"I think the tyres will be better for us once we've got consecutive laps on them. I think we're looking forward to a reasonable race by the standards of the season.

"I think they [Haas and Alfa Romeo] will have improved things since P2.

"We've been able to get reasonably close in some races, so I think there is a chance, that's certainly what we'll go into tomorrow believing and then we'll see how it goes from there." 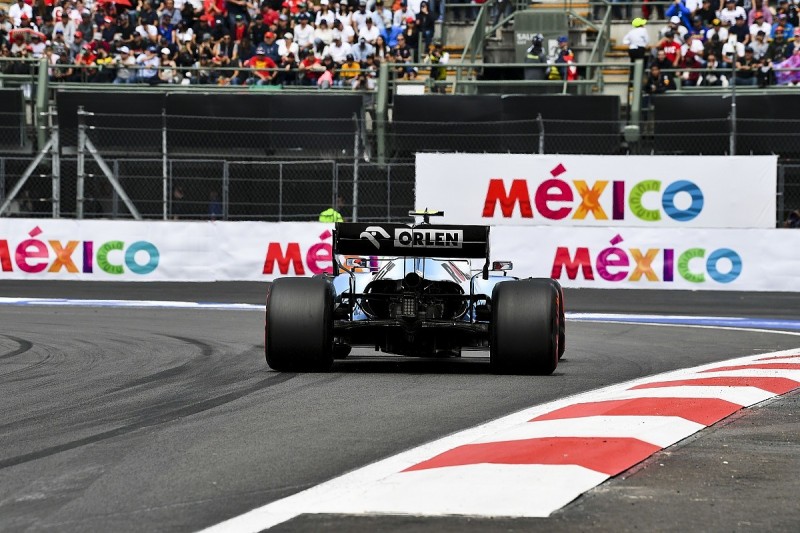 Kubica was 0.356s slower than Russell in qualifying, but Robson believes the Polish driver will be closer to his team-mate in the race.

"I think it's tyres mainly," added Robson for the reason Kubica struggled in qualifying.

"Putting the fuel load in and doing consecutive laps will improve that.

"He was a little bit slower than George I think in P2 on high fuel, but not the gap we saw today [in qualifying] so hopefully he'll be able to fight up there as well."

Qualifying in Mexico was the first time the two Williams cars have utilised the team's new front wing, but Robson and Russell confirmed it was not a major part of the team's more competitive performance at the Autodromo Hermanos Rodriguez.

"The recent upgrades are definitely a step in the right direction," said Russell.

"But on paper they are not meant to bring a huge amount of performance here and now, it's supposed to unlock more performance into next year."

Robson added: "Obviously [the new wing is not] not Mexico specific, but I think that probably was a benefit, I think we'll see more from it in the States next week."

'Single most important' F1 cost cap process not in place